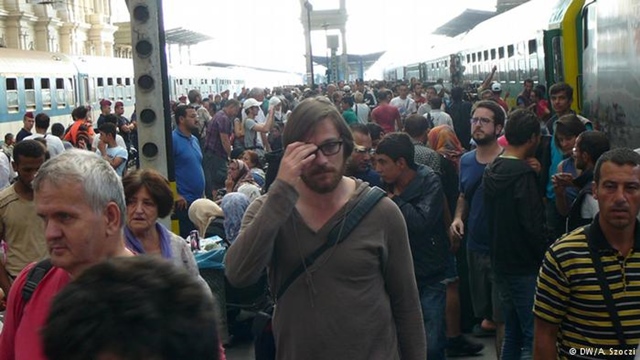 Thousands of Budapest citizens and tourists make their way cautiously around thousands of migrants squatting or lying down in the underpass at Budapest’s Keleti train station which also shares a major subway stop. The area was renovated just a year ago, but now looks more like a dilapidated refugee camp, with garbage strewn around, and people lining up to wash themselves at a makeshift open-air washroom area.

Police walk around with surgical masks on. So do some Budapest commuters.

Everywhere children are either crying, playing or sleeping while their parents wait in anticipation of being able to board trains to western European countries. The wait may be in vain. Sleeping accommodations are the pavement where most people have managed to get a sheet of cardboard or a placemat to lie down on.

The scene has affected many Hungarians, most of whom are urging for a quick solution. Lajos, who says he’s not from Budapest, was in town for a job interview, and blames the government for not doing enough.

“They claim that some of these people might be terrorists. You can’t say things like that. Just look at this scene,“ he said as he perused the area from the ground floor of the station looking down into the underpass and the thousands of people amassed there.

Others think the Hungarian government has been put into a tight corner because of the lack of a coherent EU policy on dealing with migrants. And many of those who think that way say that Germany started the onslaught when it promised entry to Syrians. Now, Hungary is strictly following EU criteria for the movement of migrants: No papers, no further travel.

Maria, a retiree, said she is stunned every time she comes up from the subway level by elevator to be confronted with the scene in the underpass.

“You can’t let something like this happen – neither to Hungary nor to these migrants. Everyone’s suffering and we’re left to deal with this. We’ve been left in the lurch by the other EU countries.“ 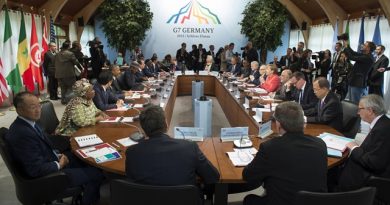 EU to analyse impact of coronavirus on European industry and businesses 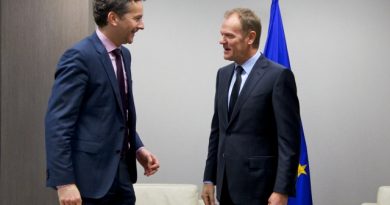