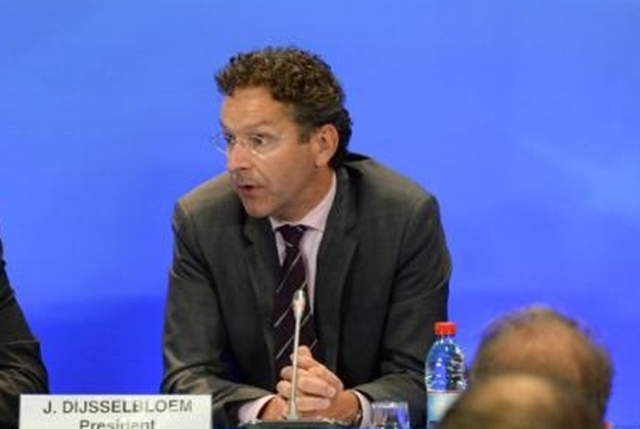 German lawmakers are expected to vote Wednesday on whether to approve a third bailout for Greece. Both Greek lawmakers and eurozone finance ministers now back the deal, but hurdles remain before the Greek crisis is over.

After long hours of negotiations in Athens and Brussels to back the $95 billion bailout package, now comes the hard part. A number of eurozone parliaments must vote on it — starting with Germany, one of the biggest bailout skeptics. The European Commission, the European Union’s executive arm, wants parliaments to pass the deal by Wednesday. That will allow Greece to repay $3.6 billion it owes the European Central Bank by a Thursday deadline.

A key creditor, the International Monetary Fund, has yet to come on board. IMF chief Christine Lagarde said the bailout agreement is an important step forward for Greece, but more needs to be done, especially in providing debt relief to Athens.

“It’s comprehensive, it’s an ambitious reform package,” said Dijsselbloem. “It addresses the main challenges, both on reaching sound public finances to return to growth, but also structural policy frameworks to enhance competitiveness. And finally, it safeguards financial stability; it deals with issues in the banks.”

One of Greece’s biggest champions, France, also saluted the deal. President Francois Hollande tweeted it proves Europe is capable of advancing on the principles of solidarity and responsibility.

Some analysts doubt whether the measures, which include raising taxes, cutting spending and privatizing state assets, will lead to growth and allow Greece to pay back its debts. What is certain is that, in the short term at least, they mean tough times ahead for many Greeks.