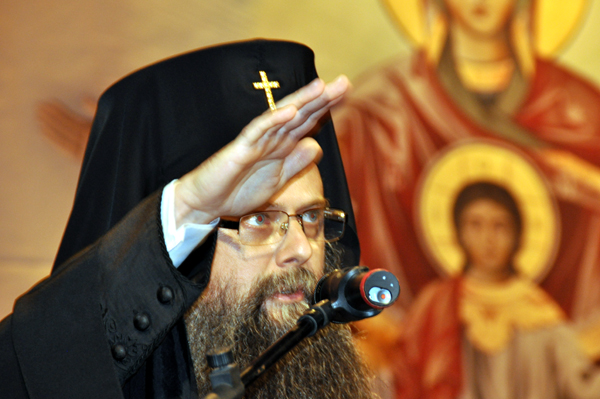 Metropolitan Nikolai, the head of the Bulgarian Orthodox Church’s largest diocese, Plovdiv, has generated new controversy with statements attacking national government policy, the city’s mayor – and speaking out against the fact that a religious affairs adviser at the Education Ministry is a Jew.

Nikolai’s statements, in which he said that satanic heresy had entered politics – giving as examples the inclusion of a question related to yoga in school exams and the presence of a Rabbi as religious affairs adviser at the Education Ministry – were followed a few days later by a public call by the Holy Synod to Parliament asking to be consulted on certain themes in proposed legislation.

The Plovdiv Metropolitan, long widely seen as holding fundamentalist views while also generating local controversy over his affluent accroutements such as a luxury watch and car, also took sides in local politics.

Nikolai said that apart from being a servant of God, he was also a citizen with a right to freely express his views on politics.

His early August speech coming a few months ahead of the first round of Bulgaria’s mayoral and municipal elections on October 25, Nikolai attacked incumbent mayor Ivan Totev and endorsed a rival, Zdravko Dimitrov, a rebel from the country’s ruling party who, Nikolai said, had taken his advice to stand for mayor.

Nikolai went further, calling on church boards in Plovdiv not to pay the municipal fees for refuse, saying, “we do not generate garbage”.

Bulgaria Budget surplus swells to 1.07B leva in April