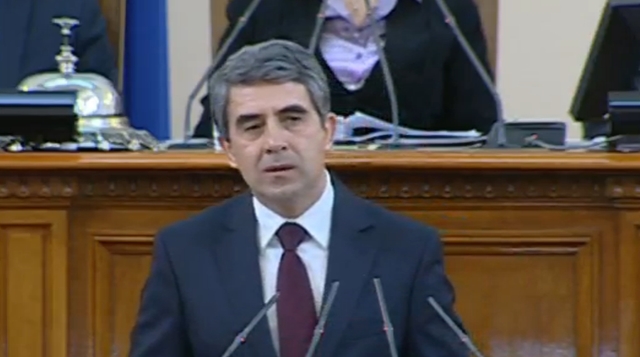 Bulgaria’s Parliament approved on July 28 a proposal to hold a national plebiscite on electoral rules, proposed by President Rossen Plevneliev, but only one of the three questions put forth by the presidency won enough support to be put on the ballot.

Plevneliev has long been campaigning for a referendum on electoral reform, but his proposals were blocked by the previous parliament, at the time of the now-departed ruling axis of the Bulgarian Socialist Party and Movement for Rights and Freedoms in 2013 and 2014.

The questions regarding compulsory voting and majoritarian elections failed to win the necessary support on the House floor, so referendum will be held with only one question, on electronic voting. The plebiscite is expected to be held at the same time with local elections on October 25.

The outcome of the vote in Parliament was an unexpected one, since it was widely believed that the bulk of government coalition in the current National Assembly – in which GERB, on whose ticket Plevneliev was elected in 2011, is the majority partner – would back the President’s request.

In a statement posted on the presidency’s website after the vote in Parliament, Plevneliev said that the MPs’ decision “did not fully take into account the declared will of the Bulgarian people to determine the rules, according to which it elects its representatives” – a reference to the petition calling for the electoral rules referendum, which gathered more than half a million signatures.

“The final decision [on referendum questions] belongs to the National Assembly and each political party represented in it bears the political responsibility for its actions,” Plevneliev said.