The ministry said that Bulgarians travelling to Greece should be prepared for the possibility that banking services, including credit card processing and servicing of ATMs, “could potentially become limited for an indefinite period”.

The warning was issued on June 28, a day before the Greek government confirmed that banks will be closed until July 6 and that cash withdrawals will be limited to 60 euro a day.

Bulgaria’s central bank said in June 29 statement on the Greek government’s decision to declare non-working days for banks and to introduce capital controls that the Bulgarian banking system, including banks with Greek shareholding, is completely independent financially and operationally from the banking systems of other countries.

The Bulgarian banking system, including banks with Greek shareholding, had no obligations to Greek credit institutions and had no investments in Greek government securities.

“Negative developments in the banking systems of other countries cannot have a direct impact on the stability and proper functioning of the Bulgarian banking system,” Bulgarian National Bank (BNB) said.

BNB said that the banking system in Bulgaria had a very high level of capital adequacy and liquidity, which ensures its stability and normal operation and independence from negative developments in neighboring countries.

As a result of consistent measures applied by BNB, banks with Greek shareholding had a level of liquidity and capital adequacy above average for the banking system in Bulgaria.

“Any action by the Greek government and central bank to impose measures in the Greek financial system has no legal force in Bulgaria and can in no way affect the smooth functioning and stability of the Bulgarian banking system,” BNB said.

Covid-19 in Bulgaria: 394 active cases among medical personnel, 16 have died 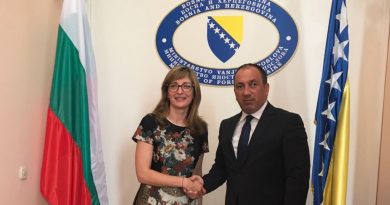