A total of 295 newspaper titles were published in Bulgaria in 2014, with a collective circulation of 315 712, both figures three per cent lower than in 2013, according to the National Statistical Institute (NSI).

There were 127 weekly newspapers, accounting for 43.1 per cent of the total number of newspapers. The rest were published on a less than weekly basis.

The largest number of newspapers were published in Sofia, 160, or 54.2 per cent of the national total, the NSI said.

The NSI’s figures showed an overall decline in the number of newspapers published and in collective circulation since 2008. 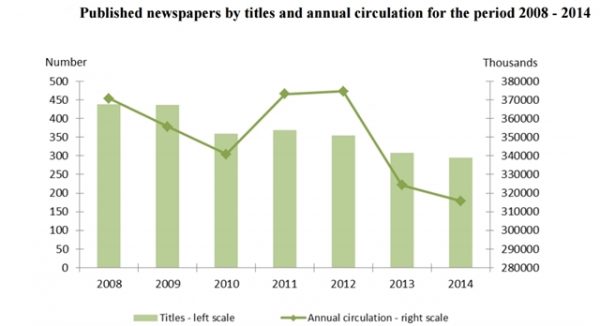 Ninety-eight per cent of newspapers were in Bulgarian, with just six in other languages – three in Turkish, one in English, one in German and one in Russian, the institute said.

Magazine circulation fell by 8.5 per cent year-on-year in 2014 and that of other periodicals by 4.6 per cent.

Regarding the book market, the NSI said that in 2014, a total of 6443 books were published in Bulgaria.

Of these, 6000 were new titles and the rest reprints. A total of 2607 were fiction for adults, the institute said. 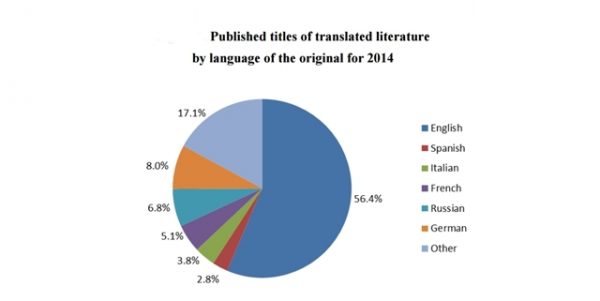