Bulgaria’s Environment Ministry said on June 18 that it was fining oil company Lukoil 100 000 leva, or about 51 100 euro, for the petrol spill near the Black Sea port of Bourgas.

A full day after a pipeline breach caused the spill a protected nature area, government officials and Lukoil, which owns the pipeline and the Neftochim refinery in Bourgas, still could not offer many details on the incident.

The spill was first detected early in the evening on June 17, prompting the local environmental protection inspectorate to begin a large-scale effort to clean up the spill, which continued on June 18, although rain had complicated the process.

Estimates about the amount of petrol spilled ranged from 10 tonnes to 40 tonnes, with Lukoil saying that the pipeline breach was likely to have been caused by a “criminal” attempt at fuel theft.

Environment Minister Ivelina Vassileva visited the site of the spill earlier on June 18 and said that the environmental protection authorities asked the company to provide the necessary materials to contain the spill and clean it up as fast as possible. She said that there was no danger that the petrol could contaminate drinking water or reach the sea.

The ministry’s statement announcing the fine said that it was imposed “for allowing contamination”. Should the spill lead to the death of any animals protected by law, the fine could be increased further. 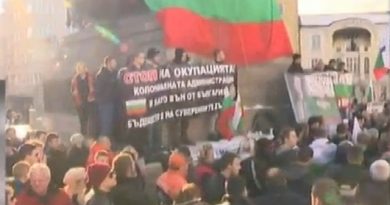