Credit ratings agency Standard&Poor’s has said that it affirmed Bulgaria’s credit rating at BB+, one notch below investment grade, with a stable outlook. This was the third ratings decision by S&P on Bulgaria in the space of 12 months, with the previous two both being downgrades.

The ratings agency said that Bulgaria’s domestic banking system continued to face “important risks”, although efforts had been made to strengthen supervision and prevent the “supervisory lapses” that contributed to the problems faced by systemically important banks last year.

“The authorities are currently in the process of adopting the EU Bank Recovery and Resolution Directive, which prescribes rules enabling them to deal with the failure of banks while minimising the burden on taxpayers. We understand that the central bank is also drafting methodology for a comprehensive review of banks’ asset quality,” S&P said in its statement.

Bulgaria’s banking system was also vulnerable to backlash from negative developments in Greece, as Greek banks accounted for about 20 per cent of the sector’s assets, but the central bank has taken steps to shore up the liquidity of these subsidiaries.

“In 2014, the deterioration of the general government deficit and the state support extended to the banking system contributed to the increase in general government debt. Although our general debt forecast does not explicitly include future government support to banks, we believe the risk of additional support is not insignificant,” the ratings agency said.

Challenges to Bulgaria’s banking system and a deterioration of the country’s fiscal position have been exacerbated by a sustained and pronounced deflation of consumer prices, while the country has also struggled to find a new growth model in the wake of the global financial crisis, as solid export growth has not led to a recovery in business investment or meaningfully reduced overall unemployment levels, according to S&P. 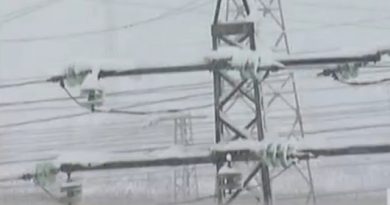 Tens of thousands without electricity as snow heaps southern Bulgaria