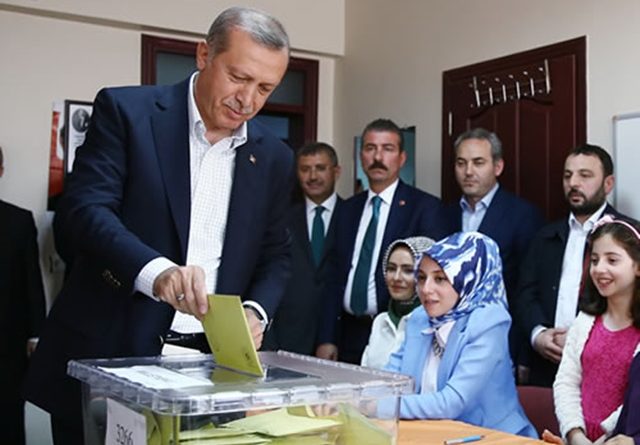 Turkey’s ruling party lost its absolute majority in parliamentary elections on Sunday, a stunning defeat for President Recep Tayyip Erdogan’s bid to rewrite the country’s constitution to create a presidential democracy that would have given him more power.

With more than 80 percent of the vote counted, Erdogan’s Islamic-rooted Justice and Development Party (AKP) was on track to win about 41 percent of the vote – well down from the nearly 50 percent it took in 2011. Projections showed the AKP winning 267 seats in the 550-member parliament, just below the minimum needed to keep its majority.

The pro-Kurdish People’s Democratic Party (HDP) was clearing the 10 percent vote count threshold it needed to join parliament for the first time, and could take 74 seats, with other parties capturing the remainder.

Erdogan had called for the creation of a “new Turkey” and the establishment of a presidential system of democracy, much like that in the United States.

Instead, the election results could force him to form a coalition government for the first time since he took power in 2002.

Analysts say the nationalist MHP party, poised to take 85 seats in the new parliament, is the most likely to form a government with Erdogan’s party. But one party official said it is too soon to know whether that will occur.

Erdogan was not on the ballot, but the voting was effectively a referendum on whether to give the ruling AKP a super-majority in parliament, with enough AKP lawmakers to rewrite the constitution. Opposition parties campaigned against it.

Changing the constitution would have significantly altered Turkey’s democracy and bolstered Erdogan’s extended rule as the country’s most powerful politician.

More than 53 million voters were eligible to cast ballots. If AKP had won 330 seats, it could have called for a national referendum to change the constitution, and if it got 367 it could have voted for the change without a referendum. 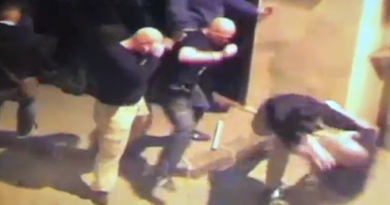