The Kurds have achieved what the traditional parties of Turkey failed to do for the past 13 years, that is to overthrow the AKP.

They are the ones who prevented the Islamic party from forming a majority government, causing shock in the staffs of Prime Minister Ahmet Davutoglu and President Recep Tayyip Erdogan.

About two months ago, the president of the pro-Kurdish Party Selahattin Demirtas, on the day he announced the beginning of the election campaign for the parliamentary group of his Party, had stated, “Erdogan, we will not let you become president, we will not allow it”. What he meant was they would not allow him to change the Constitution to become omnipotent. He said it and he did it. 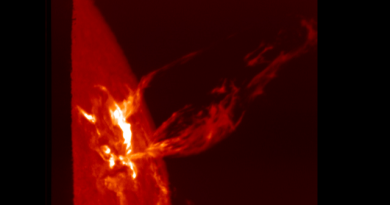 Major solar storm could be heading for Earth