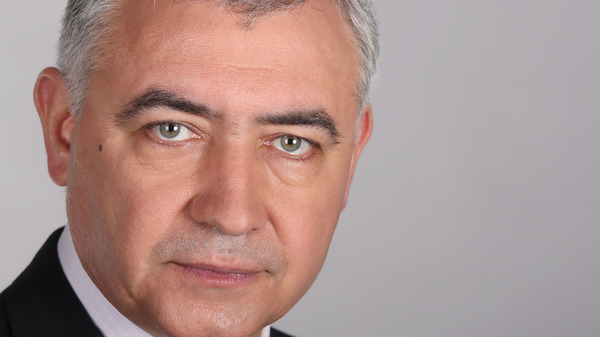 Purvanov, a former State Security agent who was code-named “Gotse” and whose party participates in the current ruling coalition government, has called for Nenchev’s resignation.

The BSP, in a statement in the National Assembly on June 3, condemned the transfer of the Military Intelligence archives to the Dossier Commission and proposed the transformation of the commission into a historical institute – the BSP’s latest in a long succession of attempts to neuter the commission.

BSP MP Atanas Merdzhanov said in the statement that Nenchev and President Rossen Plevneliev were responsible for “throwing a light” on military intelligence.

“A scandal will probably be rigged from the submitted dossiers. It will last two or three days and will go away. Our question is, is it worth military intelligence being laid bare now, when threats are looming on all sides, because who will decide to co-operate with Bulgaria when he knows that tomorrow, someone like Nenchev can unmask him?” Merdzhanov said.

He described Nenchev’s decision as “irresponsible, unprofessional and shameful”.

“If you really want to read and close this page,” said Merdzhanov, quoting what Nenchev had said on the day he signed the order for the transfer of the files, “it’s time to crush the monopoly on truth established by the Dossier Commission and return the topic to Parliament”.

The BSP said that historians should read the military intelligence files.

“For us it has always been unfair to treat informants and intelligence officers on the same basis,” Merdzhanov said.

He said that was in order to make this distinction that the BSP had supported the creation of the Dossier Commission in 2006.

Nine years after its establishment, the results of the work of the commission were “tragic,” Merdzhanov said.

He was speaking against a background of the commission having disclosed the identities, over the years, of former State Security people among politicians (with a relatively high proportion among, for instance, BSP election candidates), opinion pollsters, trade unionists, leaders of business associations, editors and television presenters, diplomats (a particularly high proportion, with the 2009/13 government having tried to clean Bulgaria’s top diplomacy of former State Security people), as well as the top ranks of the Bulgarian Orthodox Church and other religious groupings.

Earlier, Purvanov, speaking in a May 30 television interview, said that sooner or later, Nenchev would have to go.

Purvanov, who said that Nenchev should resign, asked whether in opening the files, people understood the distinction between those who had been informers and those who had worked for Bulgaria.

Head of state from 2002 to 2012, and as such a former commander-in-chief, Purvanov said that the files of military intelligence contained the names of people who had worked for Bulgaria and continued to do so.

“There are names of living people, some of whom have high positions abroad,” Purvanov said.

He said that Military Intelligence included people who had started before 1989 and who were very much appreciated at the time that he was commander-in-chief.

“The expertise of our intelligence information, military and civilian were very valued by our NATO partners. We worked very well. We have helped in a number of missions,” Purvanov said.

The background to Purvanov’s statement on this issue is that Nenchev has complained about the relatively high proportion – about 40 per cent – of Bulgarian Military Intelligence people who date back from before the beginning of the transition to democracy. Nenchev, in firing the previous head of Military Intelligence, cited as a reason the resistance to dealing with this issue.

Interviewed by Bulgarian National Radio on May 28, Dossier Commission head Evtim Kostadinov said that when the military intelligence files were transferred, the public, researchers and the media would be able to see for themselves “what this is all about”.

Kostadinov said that the question of national security had been over-emphasised regarding the issue as a deliberate tactic to not fully implement the law so far.

He said that the truth must come out.

The law had two intentions, to stop the “throwing” of files into the public domain and for everyone who wanted to hold public office or perform public activities to know that they would be exposed to an extent that voters would be able to decide for themselves whether to vote for them or not.

Kostadinov said that the commission expected to receive more than 32 000 archive items from Military Intelligence.

“We expect by the end the year to close this issue and there are no concerns about the protection of confidentiality, particularly regarding foreign nationals recruited to collaborate with our services. Verification will run in parallel with the transmission of documents,” he said. 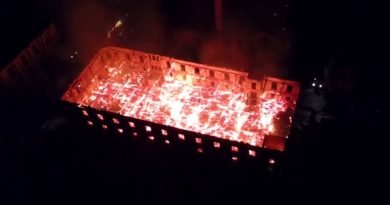