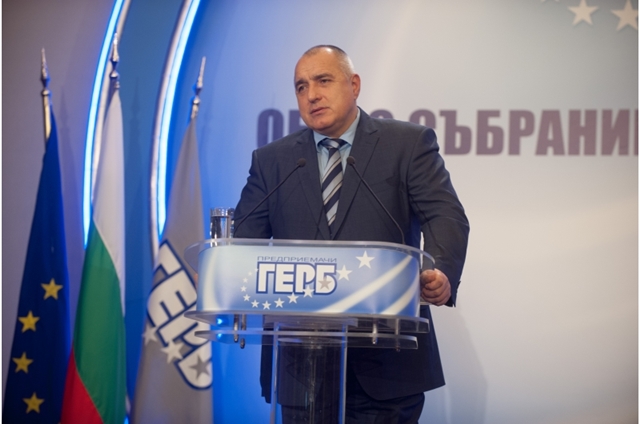 Bulgarian Prime Minister Boiko Borissov’s centre-right GERB party remains the country’s most-supported political force with 24.5 per cent of voters backing it while the opposition Bulgarian Socialist Party continues to trail a poor second at 14.4 per cent, according the results of an Exacta poll released on June 3.

However, support for Borissov’s GERB has declined while that for the BSP has gained.

In March 2015, Exact found GERB to have 27.4 per cent support, which declined to 25.1 per cent in April. In March, the BSP had 11.1 per cent, rising to 12.2 per cent in April, according to polls in those months by Exacta, the agency that was among the closest in predicting the outcome of the 2014 early national parliamentary elections.

According to Exacta, were elections to have been held on May 27 2015, five parties and coalitions would have been assured of seats in a new parliament – GERB, the BSP, the Movement for Rights and Freedoms (MRF), the centre-right Reformist Bloc and the nationalist Patriotic Front.

The poll found far-right Ataka and socialist ABC with too little support to cross the threshold into parliament. But the reality of Bulgarian parliamentary elections is that when results are counted, parties close to the threshold often make it over it, boosting minority parties like Ataka and ABC into the minimum share of seats.

The opposition MRF, the party led and supported in the main by Bulgarians of ethnic Turkish descent and which lately has made much of what it describes as the inroads it has made among Roma voters, is in customary third place, according to Exacta, which sees it as having 7.3 per cent support.

The Reformist Bloc, currently a minority partner in the coalition cabinet, appears to have made gains. It has 5.5 per cent in March and April, respectively, while in May it had 6.2 per cent, according to Exacta’s poll.

The Patriotic Front, which supports the government without having seats in the cabinet – and which recently posted a list of demands the meeting of which it says is a precondition for continuing its support – has 5.1 per cent. In March, it had 4.5 per cent and in April, five per cent.

Exacta said that Ataka had 3.4 per cent support and ABC 2.8 per cent in May.

Just less than 32 per cent of those polled said that had elections been held, they would not have voted.

The pollsters found that GERB’s support comes mainly from people aged 50 to 59, people with higher education, while Borissov’s party finds the least fertile ground among people with low levels of education and Roma people.

The BSP’s electorate, according to the May poll, is mainly among people older than 59, people with low levels of education, and overall, women. People younger than 30 are least likely to support the BSP.

The Reformist Bloc’s electoral support comes from people who have higher education, are employed and from people living in Sofia.

The Bulgarian politician with the highest approval rating countrywide is Sofia mayor Yordanka Fandukova, at 66 per cent.

Next is Regional Development and Public Works Minister Liliyana Pavlova, a member of GERB (with a 55 per cent approval rating), Health Minister Petar Moskov, of the Reformist Bloc (46 per cent) and fourth is Prime Minister Borissov (44 per cent). Head of state President Rossen Plevneliev, in office since January 2012 after being elected on a GERB ticket, has an approval rating of 31 per cent.

The politician with the highest increase in approval rating on a monthly basis is Radan Kanev, co-leader of the Reformist Bloc parliamentary group and leader of the Democrats for a Strong Bulgaria. His approval rating has increased by six per cent since April, to 27 per cent.

The parliamentary group leader with the highest approval rating is PF co-leader Valeri Simeonov, leader of the National Movement for the Salvation of Bulgaria. His rating was 29 per cent, having increased by four per cent since April.

GERB parliamentary floor leader Tsvetan Tsvetanov had an approval rating of 23 per cent, according to Exacta.

ABC leader Georgi Purvanov, who is not an MP, has seen a significant growth in approval rating compared with the previous month. He is supported by two-thirds of voters of the BSP – the party that he formerly led and the leadership of which he made a failed attempt to regain after the end of his term as head of state.

The approval rating of Bulgaria’s National Assembly, the country’s unicameral Parliament, has dropped by four per cent since April. It has the highest disapproval rating among state institutions, 69 per cent.

According to Exacta, Bulgarians held that in most areas of public life, the positive changes they expected had not happened.

There were four exceptions where they did see positive change – in the use of EU funds, communications, public transport, and regional development.

Two-thirds of those polled held that the general welfare of the population was deteroriating. About half had negative views regarding the areas of finance, energy, economy, health care and justice. 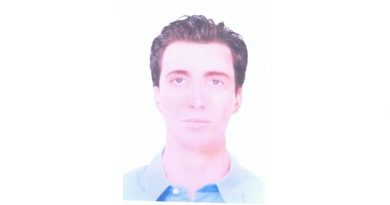 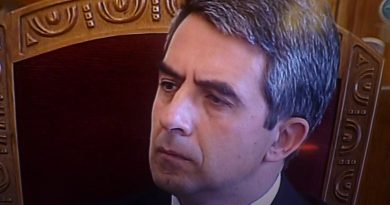