The ruling in the first-instance court comes more than seven years after Georgiev became embroiled in controversy in January 2008, when local media reported that he handed contracts, in breach of public tender regulations, to a company where his brother was one of the directors, worth 120 million leva.

Georgiev himself was a former director at the company prior to taking the job at the agency, then called the National Road Infrastructure Fund (NRIF). The highly-publicised row cost Georgiev his job, but also resulted in the suspension all European Union funding to NRIF.

It was the first in a series of controversies that prompted the European Commission, several months later, to freeze funding under all pre-accession aid programmes based on suspicions that the money was misused.

An internal investigation by the Finance Ministry said at the time that “based on the results of the investigation, one can conclude that Vesselin Georgiev could have found himself in a situation in which a conflict of interest would arise or manifest itself” – highly damning language given the unwillingness of Bulgaria’s public institutions to acknowledge any instance of conflict of interest.

The court ruled, however, that the tenders awarded to the company were not in breach of public procurement regulations because the process was handled by regional directorates of NRIF – even though Georgiev had to sign off on the tenders, he could not influence the outcome, the court decided, specialist judiciary news website Legalworld.bg reported.

The ruling also said that Georgiev’s actions could not be directly linked to the subsequent freeze of EU funding because the money handed through the tenders came from the state Budget, the report said.

The lawsuit against Georgiev took so long to reach a ruling because the trial had to restart twice because presiding judges left the Sofia City Court. The verdict can be appealed within 15 days and it is expected that prosecutors will do so, Legalworld.bg said. 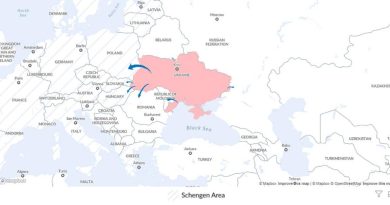