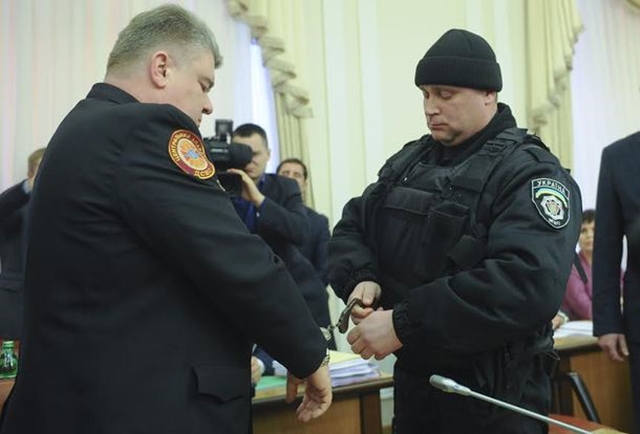 Serhiy Bochkovsky, head of Ukraine’s State Service for Emergency Situations, was handcuffed and taken away by police officers on March 25 as part of a highly publicized stunt at a Cabinet meeting as a suspect in a corruption case.

The move was probably the first arrest of a government official at a Cabinet meeting in Ukraine and was broadcast live. As Interior Minister Arsen Avakov explained, it was intended to demonstrate the government’s will to prosecute corrupt bureaucrats. He said it was a “vaccine” against corruption.

(Serhiy Bochkovsky, head of the State Service for Emergency Situations, being arrested by a police officer at a Cabinet meeting on March 25. Photo: © Cabinet of Ukraine)

Putin reserves right to use force in Ukraine