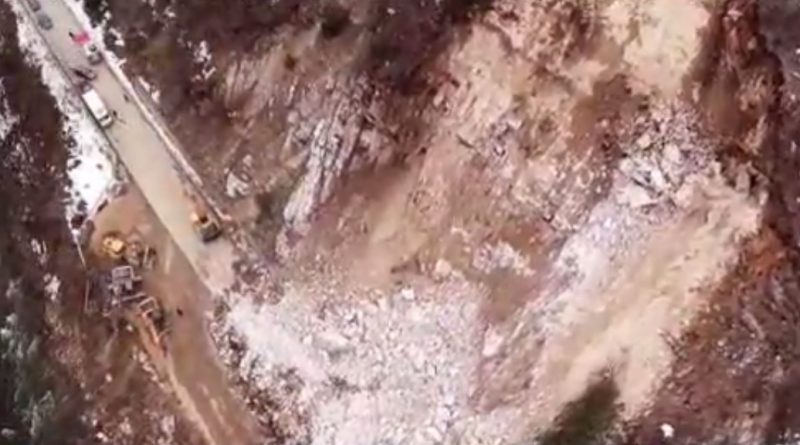 There have been more than 1800 landslides in various parts of Bulgaria after the heavy snow and rainfall of the past week, Regional Development Minister Liliyana Pavlova said.

In the Rhodopes, the landslide between Bachkovo and Narechen was blocking the road from Plovdiv to Smolyan for a third day on March 17. Estimates are that about 10 000 tons of rock came down with the landslide.

Cleanup work was continuing at as fast a pace as possible. The route, on the way to the winter resort of Pamporovo, usually serves about 100 000 people daily.

The fallen stones are so large that they cannot be loaded on to trucks. Special equipment has been brought in, two hydraulic hammers to break up the huge rocks.

A landslide between the villages of Gjakova and Kremenik blocked the road near Dupnitsa. There was great danger of a further collapse, Bulgarian National Television said.

A landslide closed one of the most popular tourist routes in the Zlatni Pyasutsi Natural Park near Varna. Collapsing earth and trees destroyed one of the bridges, while large boulders came down from a nearby slope.

The road to the Bulgarian village of Bankya, municipality of Trun, has been blocked by a landslide, reports on March 17 said.

A passenger train travelling from Troyan to Levski derailed on March 17 after hitting a fallen rock in the stretch between the railway stations of Albanitsa and Hlevene.