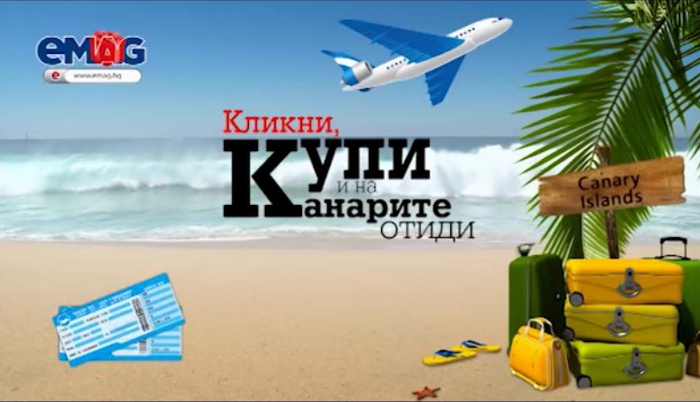 The regulator ruled that Romanian firm Dante International, which owns the eMAG online retailer, misled customers by failing to stipulate in its television adverts that to qualify for the prize draw, one had to make a purchase of more than 100 leva.

Additionally, the cost of the trip prize was higher than the 5400 leva ceiling (equivalent to 15 minimum Bulgarian salaries at the time the campaign ran, in July-August 2014) imposed by law on such promotional campaigns, CPC said, which gave eMAG an unfair advantage over its competitors.

This is the second fine that the regulator has levied on eMAG in just four months, having also fined the retailer 758 380 leva in November 2014 for breaching fair-trade practices in its Black Friday sales campaign a year earlier.

(Still of eMAG’s television advert for the campaign via cpc.bg)