Bulgarian Defence Minister Nikolai Nenchev said on February 3 that he had the feeling that the rumours that his country was preparing for war emanated from Russia.

Far-right minority Ataka party leader Volen Siderov insisted in Parliament a few days earlier that the country was “secretly mobilising”. Siderov, who has tended to be consistently pro-Kremlin, has been claiming that the United States and Nato are taking Bulgaria into a forthcoming “war with Russia”.

On the same day that Siderov made the claims in the National Assembly, there were rapid denials by Bulgaria’s Defence Minister, and on February 1, the head of the country’s armed forces repeated the denials.

On February 3, speaking to local television station Nova Televizia, Nenchev – in office in the defence portfolio since the current centre-right coalition cabinet came to power in November 2014 – dismissed talk of mobilisation as “speculation”.

Bulgaria in talks on redirecting refugees to neighbouring countries 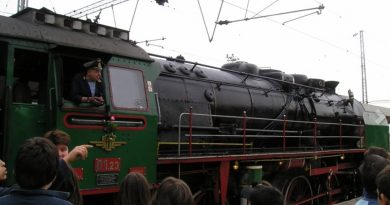