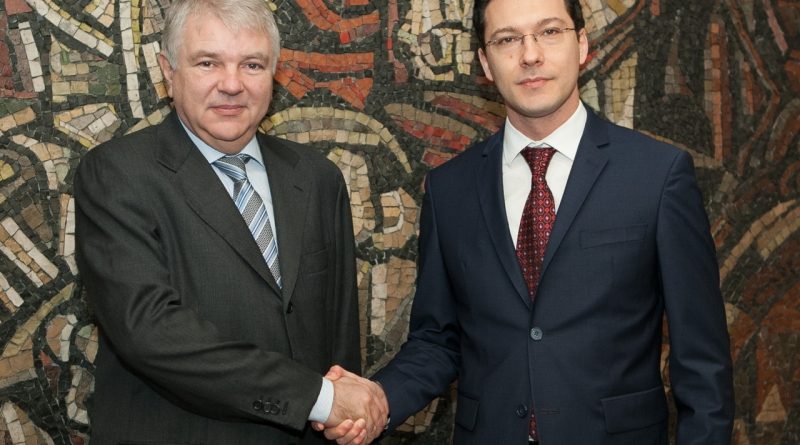 A key condition to normalising the situation in Ukraine is an immediate end to all military action on Ukrainian territory, Bulgarian Foreign Minister Daniel Mitov told Russian deputy foreign minister Alexey Meshkov during talks in Sofia on December 1.

Bulgaria and Russia have a lot of issues to discuss within the context of bilateral relations and European and global developments, Mitov told Meshkov, according to a Bulgarian Foreign Ministry statement.

The different interpretations of facts lead to the creation of mythology and mythologies lead to conducting propaganda. The most dangerous thing  is for someone to start believing in his own propaganda, Mitov told Meshkov.

In the 21st century such issues must be resolved through talks on the basis of international rules and mechanisms that we have all accepted, Mitov told his Russian guest.

Mitov voiced Bulgaria’s concerns over the developments of the crisis in Ukraine, underscoring the importance of observing the Minsk agreements.

He said that a key condition to normalising the situation is an immediate end to all military action on Ukrainian territory.

The humanitarian situation should be improved through the concerted efforts of all. The Organization for Security and Cooperation in Europe should implement its border monitoring mission and monitoring the implementation of the Minsk agreements, Mitov said.

The Bulgarian Foreign Ministry statement quoted Meshkov as saying that Russia is doing its best to find a peaceful solution to the situation in Ukraine.  It is very  important to keep the Minsk format of negotiations on all contentious issues, he said.

Mitov said that Russia should demonstrate its utmost dedication to resolve the Ukraine crisis as it would give another perspective to the EU-Russia dialogue. This issue has become a Gordian knot that needs to be slashed in order to have trust between the transatlantic community and Russia, he said.

On the agenda of talks were also the security of gas supplies to Europe, including Bulgaria.

Mitov underscored the importance of the issue to Bulgaria.

“I hope that if the agreement, achieved under the auspices of the European Commission, is observed, there will be no supply problems, including of a technical nature,” he said.