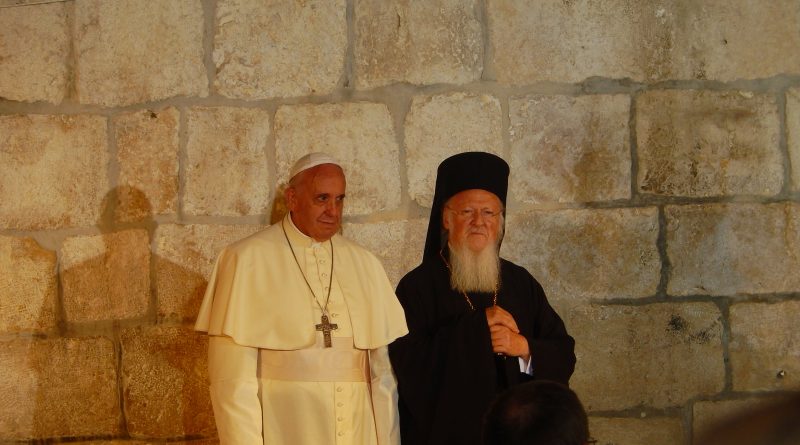 The central part of Pope Francis’ three-day visit to Turkey is to continue his predecessors’ efforts to end the theological dispute 15 centuries ago that split the Christian world into the Roman and Orthodox churches.

Istanbul is the seat of the Orthodox Ecumenical Patriarchate, but over the centuries it has been home to both Roman Catholic and Orthodox Christian congregations.

At Istanbul’s Aya Strati church, the ecumenical Patriarch Bartholomew I is concluding a service in the graveyard of the church – a ceremony to honor a buried saint.

Among those attending are many Greeks who have made a pilgrimage to Istanbul – or Constantinople, as they still call it. There is added excitement among the faithful over Pope Francis’s meeting with Patriarch Bartholomew, which could be a step toward reunifying the Roman and Orthodox churches in the future.

Father Vissarion, the deacon of the Patriarchal Church of Saint George, where the pope and the patriarch will celebrate Saint Andrew’s Day on Sunday, says “it’s better to feel that the two churches are coming closer together, instead [of being] separate continuously. That what we believe, I believe personally.”

After 1,500 years of division, with the Orthodox church rooted in the east and the Catholic church in the west, Vissarion says there are many differences between them – not only in ceremonial rites but also in their theological thought and practices.

“The liturgical traditions are not only the Roman rites, but also the Syrian rites, the Egyptian rites, and after that the Greek Byzantine rites. Its gives you a sense of mysticism,” he said. “A priest in the Orthodox east is a part of the world.”

“In the Orthodox east, we have clergy who [are] married, so the family of the priest gives [him] a sense of approach[ing] the people,” added Vissarion. “It’s not something different. In the Catholic West, the priests have celibacy.”

For more than a thousand years there was no contact between Roman popes and Orthodox patriarchs. That ended 50 years ago in Jerusalem, with an historic meeting between Pope Paul VI and Patriarch Athenagoras.

Since then, representatives from both hierarchies have paid courtesy visits to each other on feast days: An Orthodox delegation would visit Rome on the Feast of Saints Peter and Paul, while a Roman Catholic entourage would return the favor on the Feast of St. Andrew.

Popes often sent delegates to represent them, but some Roman Catholic leaders made the trip themselves. Pope John Paul II came to Istanbul in 1979, Benedict XVI in 2006, and now Francis.

Father Vissarion blames human failings for the ongoing schism but says there is now added urgency to the unification efforts.

“This comes from egoism, I think,” he said. “But it’s very painful, especially in this world in the 21st century when you see Christians persecuted in Middle East and elsewhere. The unity of the church is something that we try to find. We have to pray for that.”

Similar feelings can be found at the Catholic church of Saint George, the 14th-century home of Istanbul’s small Austrian Catholic community.

Father Franz Kangler welcomes reunification efforts, but says many theological questions need to be resolved, including who would lead a unified church.

Kangler says some of the faithful in Istanbul are trying to help the process along by holding joint services in an annual event called “the unity of prayers.”

“It’s a sign of hope that you can come together and feel, first of all, we are Christians and not only Catholics or Orthodox or Syrians or whatever,” said Kangler. “So we have to try and find out do we have any real contradictions? Many things are in question regarding different theologies of use, and can be overcome.”

Such feelings are shared by those attending Kangler’s service at Saint George’s church, who are eagerly awaiting the event.

The meeting at the Feast of Saint Andrew will be the second encounter between the pope and patriarch in less than a year. But with more than a thousand years of division, the process of unification will take time.

(Photo: Pope Francis meeting with Patriarch Bartholomew I in the Church of the Holy Sepulchre during his 2014 pilgrimage to the Holy Land: Nir Hason) 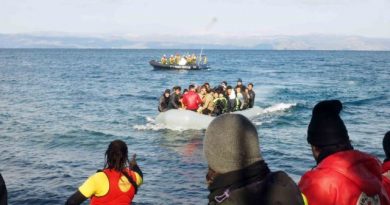 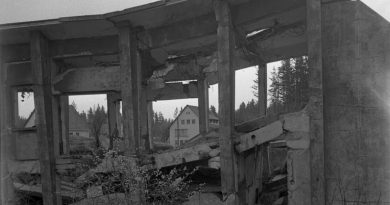