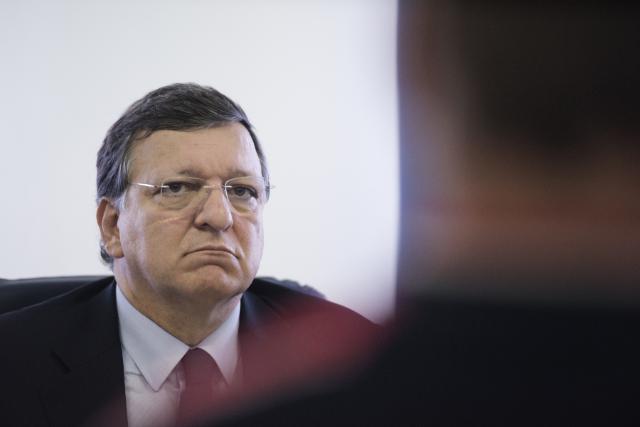 A top European official says Russia is pushing the conflict in eastern Ukraine to the “point of no return,” and that the European Union may impose new economic sanctions to encourage Moscow to “come to reason.”

Poroshenko — pleading for a stronger Western response to the crisis — said thousands of Russian troops and hundreds of Russian tanks are on Ukrainian soil. He also warned that prospects for a political settlement to the months-long crisis are threatened by Kremlin actions, and that failure to resolve the crisis could result in the conflict spreading to other parts of Europe.

Those denials were met Saturday by new charges from Kyiv, where a military spokesman said Russian tanks had destroyed “virtually every house” in the small Ukrainian border town of Novosvitlivka. To the south, Russian-backed rebels also seized the coastal town of Novoazovsk this past week after several days of fighting.

For their part, rebel leaders admit that Russian soldiers are fighting in Ukraine, but separatist leader Oleksandr Zakharchenko insists they are doing so as volunteers while on leave from the Russian army. Earlier in the week, NATO estimated at least 1,000 Russian troops are present inside the country.

The EU is prepared to toughen sanctions against Russia but wants a political deal to end the confrontation, its leader said earlier Saturday.

“We are ready to take very strong and clear measures, but we are keeping our doors open to a political solution,” European Commission President Jose Manuel Barroso said at a news conference with Poroshenko.

“It makes no sense to have … a new Cold War,” he said, adding that it would be “detrimental to all of Europe.”

Andriy Lysenko, a spokesman for Ukraine’s national security council, said Saturday that government troops were pulling out of several communities in the east where rebel forces have mounted an increasingly strong show of force.

Ukrainian troops had taken control of the besieged border town, Novosvitlivka, earlier in the month. On Saturday, they retreated from that town and from Khryashchuvate, both on the main road between rebel-held Luhansk and the border with Russia.

Government troops also pulled out of Starobesheve and from Ilovaisk; they’d been surrounded in the latter town for days. Though they carried white flags in surrender, rebels “shot us from all sides,” one masked, unnamed soldier told the AP. “We were not engaged in military actions. We were just on the move.”

No official death toll was provided, though soldiers estimated dozens could have been killed.

Ukrainian military officials said an Su-25 fighter jet was shot down Friday by a Russian missile during fighting between Ukrainian forces and pro-Russian separatists in the eastern part of the country. The pilot managed to eject safely. There was no indication of precisely where the incident took place.

Back in Brussels, British Prime minister David Cameron called the situation in Ukraine “completely unacceptable” and said Europe should know from history how dire such a situation is.

The president of Lithuania, Dalia Grybauskaite, pushed for sending military aid to Ukraine, saying Russia is “effectively in a state of war against Europe.”

Russian President Vladimir Putin has accused Ukraine of repressing its opponents in the country’s east.

He also has compared Kyiv’s push to reclaim rebel strongholds near the Russian border to the Nazi invasion of the Soviet Union during World War II.

Monday marks 75 years since the war began in Europe with Nazi Germany’s invasion of Poland. Lithuania was occupied successively by German and Soviet forces during the war and was absorbed by the Soviet Union afterwards, until declaring itself independent again in 1990.

A two-day NATO summit next week will address what is seen as Russia’s territorial overreach. U.S. President Barack Obama is expected to attend the gathering in Wales, which begins Thursday. 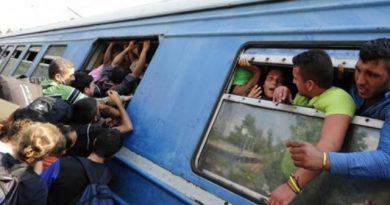 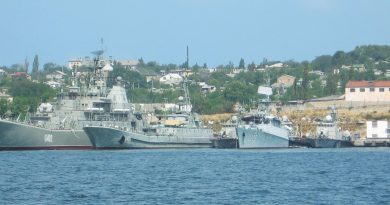 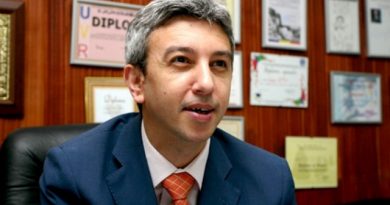