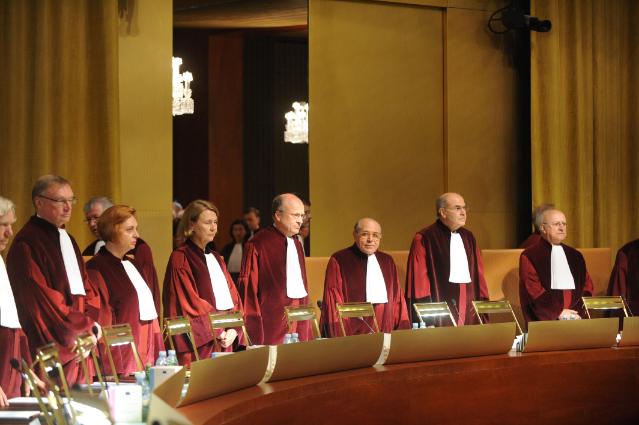 Economically inactive European Union citizens who go to another EU country solely in order
to obtain social assistance may be excluded from certain social benefits, according to a European Court of Justice (ECJ) judgment announced on November 11 2014.

The ECJ ruling arose from court action in Germany by two Romanian nationals against Jobcenter Leipzig.

In Germany, foreign nationals who enter Germany in order to obtain social assistance or
whose right of residence arises solely out of the search for employment are excluded from benefits by way of basic provision, which are intended in particular to cover the recipients’ subsistence costs, the ECJ noted in a media statement on its judgment.

The two Romanian nationals brought proceedings before the Social Court, Leipzig (Germany), against Jobcenter Leipzig, which refused to grant them benefits by way of basic provision.

The court said that in the case of one of the applicants, she did not enter Germany in order to seek work there and, although she is requesting benefits by way of basic provision which are only for jobseekers, it is apparent from the case-file that she is not seeking employment.

She has not been trained in a profession and, to date, has not worked in Germany or Romania.

She and her son have been residing since at least November 2010 in Germany, where they live in the home of her sister, who provides for them.

The applicant receives, for her son, child benefit amounting to 184 euro a month and an advance on maintenance payments of 133 euroa month. Those benefits were not at issue in the present case, the ECJ said.

“In response to the questions asked by the Social Court, Leipzig, the Court of Justice has held in today’s judgment that, for the purpose of having access to certain social benefits (such as German benefits by way of basic provision), nationals of other member states can claim equal treatment with nationals of the host member state only if their residence complies with the conditions of the (EU) directive on free movement of EU citizens,” the ECJ said.

The Court of Justice said that, under the directive, the host EU member state is not obliged to
grant social assistance during the first three months of residence.

Where the period of residence is longer than three months but less than five years (the period
which was at issue in the case), one of the conditions which the directive lays down for a
right of residence is that economically inactive persons must have sufficient resources of their
own.

“A member state must therefore have the possibility of refusing to grant social benefits to economically inactive Union citizens who exercise their right to freedom of movement solely in order to obtain another member state’s social assistance although they do not have sufficient resources to claim a right of residence; in this connection, each individual case must be examined without taking account of the social benefits claimed.”

The ECJ said that the regulation on the co-ordination of social security systems does not govern the conditions for the grant of special non-contributory cash benefits.

As that competence lies with national legislatures, they also have competence to define the extent of the social cover provided by that type of benefit, the court said.

“Consequently, when the member states lay down the conditions for the grant of special non-contributory cash benefits and the extent of such benefits, they are not implementing EU law, and the Charter of Fundamental Rights of the EU is therefore not applicable,” the court said.

In the case of the two Romanians, “the court observes that they do not have sufficient resources and thus cannot claim a right of residence in Germany under the directive on free movement of EU citizens”.

This meant, the court said, that the two could not invoke the principle of non-discrimination laid down by the directive and by the regulation on the co-ordination of social security systems.