Bulgarian President Rossen Plevneliev and former presidents Zhelyu Zhelev and Petar Stoyanov were among those at the November 11 2014 unveiling of a monument to Georgi Markov, the dissident author and journalist murdered in London in 1978 at what is widely suspected to be the hand of communist secret services.

The monument, in Sofia’s Journalist Square, was unveiled to mark the 80th year since the birth of Markov, who at the time of his murder was 49.

The unveiling takes place in the year that Bulgaria is celebrating, through the 25 Years Free Bulgaria campaign, the end of the communist era in the country in 1989.

On November 10, Bulgaria marked the quarter-century since the start of the country’s transition to democracy, on the anniversary of the date that long-time dictator Todor Zhivkov was removed from power in an internal Bulgarian Communist Party coup that in the coming months opened the way to the end of the party’s monopoly on power and the beginnings of democracy.

Markov, who was born in March 1929, was a novelist and playwright who defected to the West in 1969. He worked for Radio Free Europe, Deutsche Welle and the BBC World Service.

A recent seminar in Sofia discussed how it had emerged from declassified State Security documents how the country’s communist-era secret services despatched agents, including State Security people undercover as journalists, to go up against these “enemy” radio stations and people such as Markov working for them.

Markov, who levelled searing criticism of the communist regime in Bulgaria in his broadcasts, is said to have been the subject of at least two murder attempts before he died after an incident in a London street in which a pellet laden with ricin was injected into his leg.

His grave is in a cemetery at the Church of St Candida and Holy Cross in Whitchurch Canonicorum, Dorset, UK. In 2000, at the time Stoyanov was president, Markov was posthumously awarded Bulgaria’s highest state honour, the Stara Planina, for his significant contribution to Bulgarian literature and for his exceptional civic stance and confrontation with the communist regime. 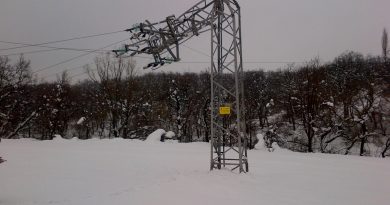 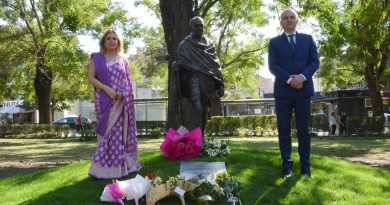