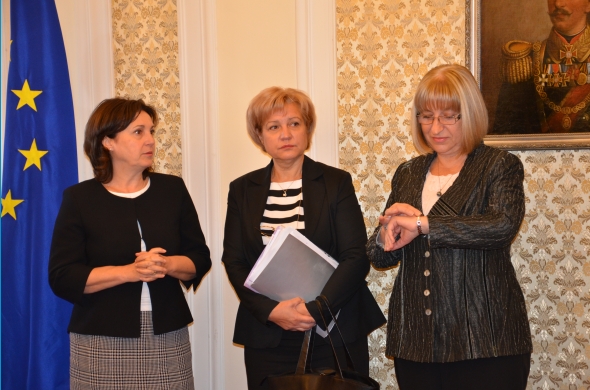 Bulgaria could be a step closer to a deal on government that would see a GERB-Reformist Bloc coalition with nationalist Patriotic Front support without direct involvement in the government.

This emerged after an October 30 trilateral meeting of more than two hours between leaders and senior members from GERB, the Reformist Bloc and the Patriotic Front.

The meeting was the latest engagement in which GERB, winner of the most votes in Bulgaria’s October 5 early parliamentary elections, has been involved since the election, including first and second-round talks and a meeting of leaders of parliamentary groups in the new, 43rd National Assembly.

Speaking after the October 30 talks, GERB negotiator Roumyana Buchvarova said that GERB was ready to sign a coalition agreement with the Reformist Bloc.

This agreement would be linked to programmes and priorities for which broader support would be sought among other parties.

She said that the Patriotic Front had been involved in the meeting to establish their ability to support a future government without taking part in it.

Leaders of all the constituent parties of the Reformist Bloc attended the meeting.

One of them, Radan Kanev, said that the meeting had discussed the possibility of a political agreement on backing a common government programme.

GERB and the Reformist Bloc would propose a governance programme that also reflected the priorities of the Patriotic Front and around which a political majority would be structured.

The idea was to have a bipartisan government, of GERB and the Reformist Bloc, backed by a written agreement involving at least three parties.

GERB leader Boiko Borissov has spoken publicly of various scenarios since the results of the October 5 elections became clear.

The Reformist Bloc has been insisting that instead of a minority government, there should be a tripartite majority government involving the Patriotic Front. The bloc’s motivation in seeking to involve the nationalist formation is to prevent a future GERB government being dependent on support from the Movement from Rights and Freedoms, the key partner in the May 2013/August 2014 ruling axis.

“When a programme is worked out, we will talk about the form of governing. We are content that the strategy we proposed was accepted,” Simeonov said. 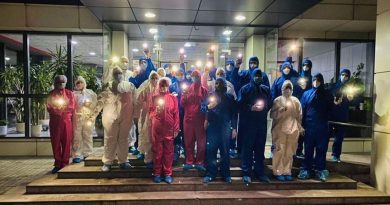 Bulgaria’s PM: Level of anti-epidemic measures to be based on ICU bed occupancy