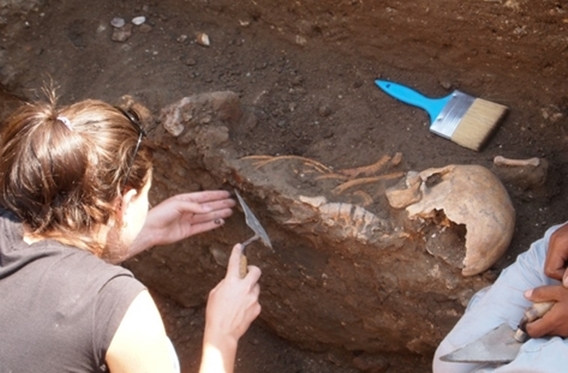 The skeleton of a child whose legs had been bound after death in an anti-vampire ritual has been found by archaeologists at a dig at the Voden Fortress in the Rhodopes, according to the head of the Assenovgrad Historical Museum, Ivan Doukov.

Three “vampire” skeletons were found this autumn during the archaeological dig at the fortress, near a village that dates back to Roman and ultimately Thracian times.

Local media quoted Doukov as saying that in the case of one of the other bodies, the legs were tied after death, and in the other case, the feet were severed.

Earlier in October, at the Perperikon site, the skeleton of a man was found with a ploughshare driven through its ribcage. The skeleton was said to date from the 13th century CE. Driving a ploughshare through the ribcage was among rituals, like tying the legs or placing stones on the chest, intended to prevent the dead becoming undead.

“They believed that if someone in his lifetime was a bad person or if he died under unusual circumstances, he could become a vampire and harass his living relatives.”

Doukov said that such superstitions still exist in the Rhodope Mountains and northwestern Bulgaria. They are very similar to medieval beliefs about vampires and other malicious beings.

In August, Doukov announced that 30 graves dating from the 30th century, most of them of children, as well as a Thracian burial from the fifth to sixth century BCE had been uncovered at the Voden fortress above the town.

At a news conference earlier this year, Perperikon archaeological chief Professor Nikolai Ovcharov said that the highest incidence of graves where indications of anti-vampire rituals were found was in the Rila and Rhodope mountain areas.

These were places where Christianity was in a weaker position against enduring pagan traditions, he said. Such rituals continued at least into the time of Ottoman rule in Bulgaria, he said. 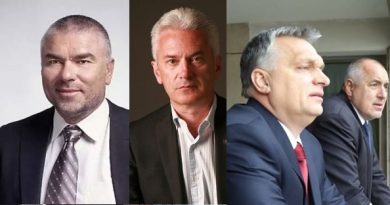