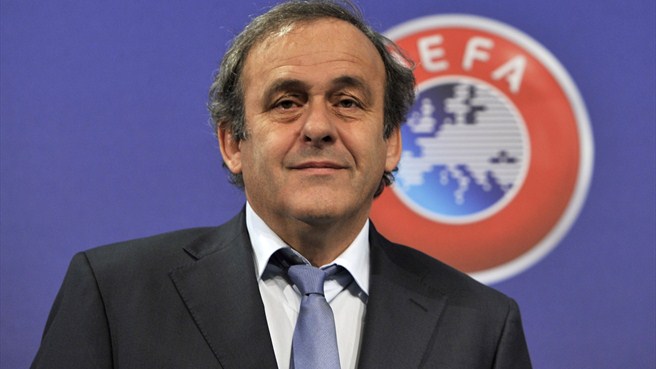 Football’s governing body in Europe, Uefa, decided that neither team will receive any points following the abandoned Euro 2016 qualifying match between Serbia and Albania in Belgrade earlier this month.

The match was abandoned by English referee Martin Atkinson shortly before half-time, first because of flares thrown on the pitch by Serbian fans and then again after a brawl broke out, involving players from both sides and fans who charged from the stands.

The scuffles were prompted by the appearance of a drone dangling a banner with a “Greater Albania” map – including Kosovo, the former Serbian province that Belgrade refuses to recognise as independent – ripped down by Serbian player Stefan Mitrovic, with several Albanian players then attempting to take the flag away from him.

Several fans rushed the pitch and one of them assaulted an Albanian player with a plastic chair, after which the visiting team left the pitch under a hail of coins and other objects being thrown at them from the stands. The Albanian players later refused to finish the match.

Uefa’s ethics and control body ruled that Albania forfeited the match and was handed a 3-0 loss, but also decided to deduct three points from Serbia’s current total in the Euro 2016 qualifying campaign. The two federations were fined 100 000 euro each and Serbia was also ordered to play its next two home matches in an empty stadium. Uefa said that the decisions are open to appeal.

The decision is likely to spark anger in both Belgrade and Tirana – the Serbian side claims that the drone’s appearance was staged by the official Albanian delegation at the match and was remotely-operated from inside the stadium by Orfi Rama, the brother of Albania’s prime minister, a charge that Rama denied. Albania’s football association, meanwhile, has accused the hosts of poor organisation and claimed that the Albanian team was the target of racist chants from the stands.

Given the history of animosity between Albania and Serbia, the two federations agreed in advance that neither team’s supporters would travel for the away fixture, but after the match was abandoned, Uefa has come under criticism for allowing the two nations to be drawn against each other in the first place.

The incident marred Albania’s strong start to the qualifying campaign, with the team winning away in Portugal and then holding Denmark to a draw in Tirana. Albania remains second in group I, one point ahead of Portugal, having played one match more. Serbia has one point from two matches but is the only team with a positive goal difference thanks to being awarded the 3-0 win over Albania.