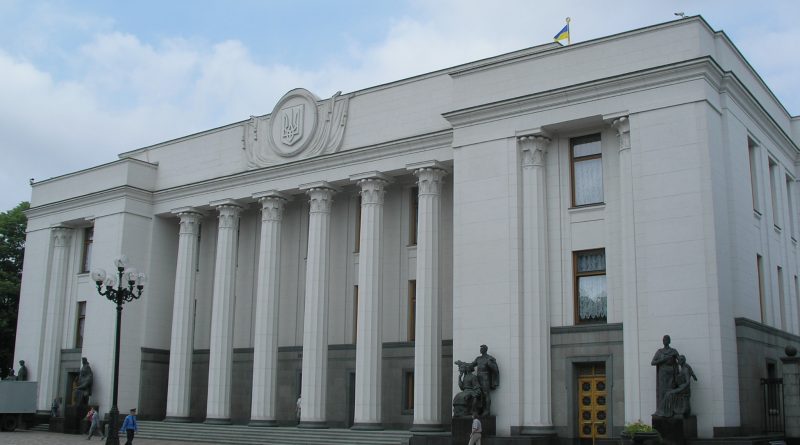 Ukrainian voters go to the polls on Sunday October 26 2014 to elect a new parliament, the last political step in the revolution that started nearly a year ago. The vote is expected to move the country closer to badly-needed reforms, but will not solve all of its problems.

When Ukrainians took to the streets last winter for protests that led to the ouster of their pro-Russian president, their message was clear — they wanted closer ties to Western Europe, an end to corruption, and a more just and open society.

They elected a new president in May – businessman Petro Poroshenko – who promised to pursue those goals. He was stymied, though, by the old parliament that was still in office. Lawmakers agreed to closer ties with Europe, but balked at efforts to fight corruption and other measures.

So Poroshenko called early parliamentary elections. His bloc is expected to win the most seats, and to form a government with other reform-minded parties, according to Andrew Wilson of University College London, who spoke via Skype.

“Mostly, you’re going to have a new kind of patriotic consensus in parliament. That’s not the same thing as pro-reform, though,” he said.

Wilson, whose book on the Ukraine crisis has just been published, said most of the current members of parliament likely will be re-elected, but as many as 50 new members could change the dynamic in the chamber.

In the western city of Lviv, magazine editor Taraz Vozniak hopes to be one of them.

“First we have to understand and state clearly what kind and what form of country we want to have. After this we can certainly implement reforms, and this would be our real success,” said Vozniak.

Vozniak said this is the beginning of a new, more practical era in Ukrainian politics, after a long period when people expected miracles from their leaders.

“No one loves Poroshenko deeply. The people have made a marriage contract, not a love match. And this is a very good thing,” said Vozniak.

The president and his new parliament will face many obstacles, particularly Russia’s continuing involvement in the separatist rebellion in eastern Ukraine. Indeed, that region, called Donbas, will not vote on Sunday, but will hold its own election several days later, which the central government has called ‘illegal.’

“The bottom line is that Russia can be as nasty as it wants to be. Russia wants to get its way in terms of a de facto state in Donbas, in particular, by political or by military or by economic means,” said Wilson.

While fighting continues in the east, however, and the specter of Russian hostility hangs over Ukraine’s future, most of the country feels far removed from the crisis, as preparations for its second election since the February revolution move into their final stages.

EU membership more elusive than ever for Turkey