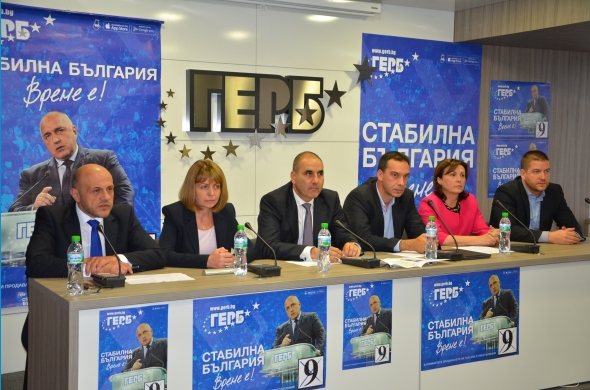 Boiko Borissov’s centre-right GERB, winner of the largest share of votes in the October 5 parliamentary elections, will seek to form a minority government and is prepared for talks on a coalition that stands “for” things rather than against them.

This emerged at an October 6 news conference attended by senior members of GERB, although Borissov was absent.

Tomislav Donchev, formerly EU funds minister in the Borissov cabinet that left office in 2013 and who is now a GERB MEP, said that by a coalition “for” he meant one pursuing specific objectives and principles.

He said that GERB would not run away from its responsibility to seek to form a government, but did not want to be in government at any price.

GERB deputy leader Tsvetan Tsvetanov said that the party would hold talks with all parties that won seats in the 43rd National Assembly. “We want to participate in government, even if a minority, but with clear priorities agreed on by all parliamentary parties,” he said.

GERB executive committee member Roumyana Buchvarova said that GERB would negotiated support for policies, not personalities. But the party was definitely not considering the option of a government without Borissov.

This was a reference to the repeated demand by the centre-right Reformist Bloc, widely seen as the most compatible coalition partner for GERB, that Borissov should not head the government.

As soon as official results are declared, GERB will begin talks with the parties in the new National Assembly, starting with the next-largest party, the Bulgarian Socialist Party.

The BSP trailed an extremely poor second on October 5, winning only about half the percentage achieved by GERB. The party’s leader, Mihail Mikov, told an election night news conference that the BSP would go into opposition.

After talks with the BSP, GERB would move on to meet the Movement for Rights and Freedoms, while Tsvetanov underlined at the news conference that GERB would not form a government with the BSP and MRF.

GERB hopes to collect at least 120 MPs (Bulgaria’s National Assembly has 240) in support of a minority government. The risk would be if only 110 or less stood behind the next government, the party holds.

Tsvetanov said that GERB’s support was estimated at more than 1.1 million votes, “which means that we have to keep to our engagements to people and not betray them”.

He said that if every party that made it into Parliament cared about Bulgaria, “I think we may find parliamentary support on some of the sector policies”.

Buchvarova said that GERB’s vision had been to start negotiations with the Reformist Bloc, but the bloc’s behaviour during the election campaign and its precondition that Borissov should not be prime minister “is unacceptable to us”.

GERB pledged that its talks with other parties would be public and transparent, given Bulgaria’s previous unfortunate experiences with such negotiations.

Should GERB’s programme not meet the approval of the party’s potential partners, there would be elections at Christmas, senior party members said. 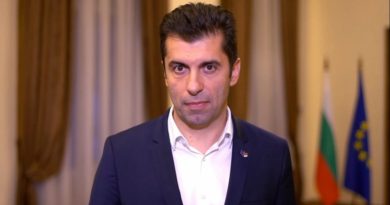 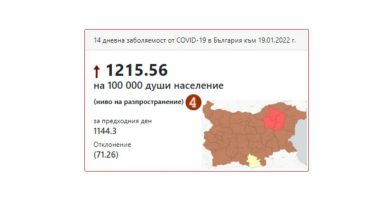 Covid-19 in Bulgaria: New record 11 181 cases confirmed in past day