Bulgaria’s Finance Ministry has drafted a revised Budget for 2014 that proposes new government debt of up to 4.5 billion leva while envisaging a forecast deficit of four per cent of GDP – over the limit that is one of two criteria that could trigger an excessive deficit procedure by the EU.

The caretaker government that has stewardship of the country pending the formation of a government after Bulgaria’s October 5 early parliamentary elections intends discussing the proposed Budget revisions with employer organisations and trade union federations at a planned meeting on September 29.

The draft Budget envisages support for the banking system to the tune of 5.6 billion leva. The deposit insurance fund, which currently has 2.1 billion, would be given the right to issue bonds for two billion leva. Should Corporate Commercial Bank go insolvent, 3.7 billion leva would be needed to pay out guarantees on deposits.

In all, the Budget revision proposals provide for increasing Bulgaria’s national debt by 4.5 billion leva to a record 8.9 billion leva.

Bulgaria currently has no Parliament to debate and vote on revisions to the Budget, after the 42nd National Assembly was dissolved to make way for the elections. The earliest the 43rd National Assembly is likely to sit is about mid-October, and legislation may be put to it only after a cabinet has been formed, which in turn is expected to depend on coalition government negotiations.

According to a statement by Bulgaria’s Finance Ministry posted on its website on September 27, following media reports about the new debt and deficit envisaged in the draft Budget amendments, the planned new debt includes an opportunity for debt financing with a view to providing a liquid support to the amount of the state aid approved by the European Commission – up to 2.9 billion leva – or taking out within the same limit new government debt for providing a loan to the Bank Deposit Guarantee Fund of up to 700 million leva.

The draft amendments envisage a two billion leva increase in the maximum amount of the new state guarantees which can be issued during the year. This is related to the planned option of issuing state guarantees in favour of the Bank Deposit Guarantee Fund, according to the ministry.

A main reason for the draft Budget 2014 revision is the non-implementation of revenue forecasts in the original version.

Already earlier in September, the Finance Ministry updated macroeconomic forecasts from those that were put into the Budget when the Bulgarian Socialist Party-Movement for Rights and Freedoms ruling axis was in power.

The updated forecasts envisage negative inflation of consumer prices of 1.1 per cent, while the original version had forecast a positive value of 1.8 per cent. Real GDP growth in 2014 is seen as coming out at 1.5 per cent, down from the 1.8 per cent forecasts in the macroeconomic framework of Budget 2014.

The Finance Ministry expects that the negative direction for GDP would in turn mean a decrease in Bulgaria’s capacity to generate higher tax revenues.

The ministry said that the reasons for the non-implementation of the original revenue forecast were complex. They included that the economic forecast had been overestimated while the influence of the external environment’s unfavourable development had been underestimated.

On the expenditure side, it appears that among ministries and state agencies, those that will get the largest respective shares in increases in funding are the ministries of the interior, health, and labour and social policy.

Requests from these ministries have included, from the interior ministry, money to cover the pay increases as of July 1 approved by the now-departed government; from the labour ministry, more money for social payments; while the health ministry lacks funds for mental health care, haemodialysis, treatment of AIDS patients, emergency assistance and support to hospitals for in-patient care in remote and inaccessible areas.

Other areas where corrections are needed because of the BSP government’s budget are in the State Fund Agriculture, the budget of the regional development ministry so as to pay for winter road maintenance and to make payments for priority infrastructure projects such as the Hemus and Maritsa motorways, and to deal with the deficit in EU funds because of payments suspended under the environment and regional development programmes.

It remains to be seen whether the situation could ultimately trigger an excessive deficit procedure, an action launched by the European Commission against any EU member state that exceeds the budgetary deficit ceiling imposed by the EU’s Stability and Growth Pact legislation.

The procedure entails several steps, potentially culminating in sanctions, to encourage an EU member state to get its budget deficit under control, a requirement for the smooth functioning of Economic and Monetary Union (EMU).

According to the “Protocol on the Excessive Deficit Procedure”, annexed to the Maastricht Treaty on economic and monetary union, member states in the euro area and euro area candidate countries must demonstrate sound public finances. There are two criteria:
the budget deficit must not exceed three per cent of gross domestic product (GDP); public debt must not exceed 60 per cent of GDP.

The excessive deficit procedure is governed by Article 126 of the Treaty on the Functioning of the European Union, under which the member states are obliged to avoid excessive deficits in national budgets.

The European Commission assesses the situation and the European Council decides whether or not an excessive deficit exists.

The Commission, which draws up a report in this connection, is required to take into account all the relevant factors (cyclical conditions, reforms, etc.) having a bearing on an excessive deficit.

When the Council decides that an excessive deficit exists in a member state, it first makes recommendations to the country, with a view to rectifying the situation within a given period.

If the EU country fails to comply with these recommendations, the Council may instruct it to take appropriate measures for reducing the deficit.

If necessary, the Council has the option of imposing penalties or fines and of inviting the European Investment Bank (EIB) to reconsider its lending policy towards the member state concerned. 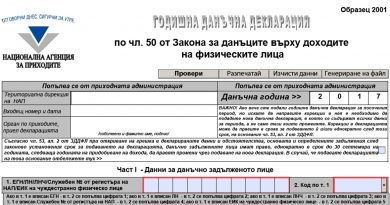