The Bulgarian National Bank (BNB) has put in an order for 60 million new banknotes with the Bulgarian subsidiary of French secure printing firm Oberthur Fiduciaire, according to paperwork filed by the central bank with Bulgaria’s public procurement agency.

BNB said that it did not call a public tender because this would have delayed signing the contract until the end of 2014 at the earliest, whereas the need to increase the available money supply was a pressing one.

Partially this was due to increased demand for cash in June and July because of force majeure circumstances in the banking sector, as well as the seasonal increase in money supply demand related to the summer holidays season, which put a strain on the BNB’s reserves of banknotes, the central bank said.

Although the BNB did not give specific details about what it considered to be those force majeure circumstances, this is understood to be the a reference to the bank runs on deposits suffered by the country’s two largest domestically-owned lenders, Corporate Commercial Bank (CCB) and First Investment Bank (FIBank).

CCB has been under the central bank’s special supervision since June 20 and FIBank had briefly halted operations with customers to replenish liquidity in late June. FIBank later received 1.23 billion leva in state aid, under a credit line approved by the European Commission on June 30, which Bulgaria raised by issuing five-month government bills sold on the domestic market.

BNB said that it ordered banknotes in denominations of 10 leva, 20 leva and 50 leva, but gave no figure as to the nominal amount of money that would be printed. Reports in Bulgarian media claimed that the figure was about 1.3 billion leva.

BNB deputy governor in charge of the issue department, Kalin Hristov, was quoted as saying that the new banknotes were meant to go into the central bank’s strategic reserve and would not be put into circulation unless needed. 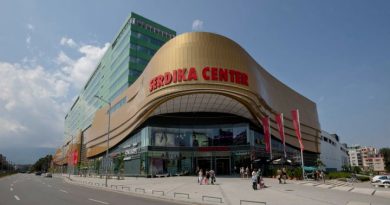