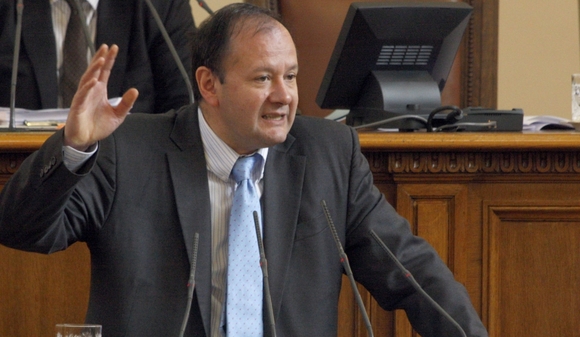 At a special congress on July 27, the Bulgarian Socialist Party elected Mihail Mikov as its new leader, to succeed Sergei Stanishev who stepped down after the party’s latest electoral defeat.

Mikov won a second-round victory over Dragomir Stoynev, a minister in the outgoing government and who had been seen initially as Stanishev’s choice to succeed him. The subsequent emergence of Mikov, Speaker in the departing 42nd National Assembly, in the race was however seen as making the contest between two figures anointed by the establishment at the BSP’s Positano Street headquarters.

A field of 29 candidates for the leadership by July 26 was narrowed down to nine ahead of the first round of voting on July 27.

The newly-elected leader will be expected to take the party into Bulgaria’s ahead-of-term parliamentary elections on October 5, called after the BSP’s dismal performance in the May European Parliament elections, the disintegration of the ruling axis that had held an unpopular cabinet in place, and more than a year of widely-supported anti-government protests.

Stanishev led the party for 13 years, the longest anyone has held the BSP leader’s post since 1990, and the new leader will serve out the two years remaining to Stanishev’s term.

Stanishev gave notice on July 5 that he was stepping down, and called a congress to elect a new leader and adopt a platform for the upcoming snap elections. The more reliable among Bulgaria’s polling agencies indicate that the BSP will again run second, as it did in May 2013 early parliamentary elections and the May 2014 European Parliament elections.

Opening the July 27 congress, Stanishev denied that his resignation as leader meant that he was running away, but said that he had asked the BSP to elect a new leader “because I cannot let my mistakes to have negative consequences for the party”.

The race to be the new BSP leader saw a wide field of candidates, with a total of 29 people nominated by party structures. By July 26, six had withdrawn.

On the eve of the July 27 congress, the main contenders had been seen as Mikov, Stoynev, Maya Manolova (deputy speaker of the National Assembly), Kornelia Ninova (head of the parliamentary committee on labour and social policy), left-wing faction leader Yanaki Stoilov, Krassimir Yankov, and with Georgi Kadiev (who resigned from parliament after the BSP May 2014 defeat) as an outsider.

Other candidates with names well-known in Bulgarian socialist circles included Stefan Danailov, an actor and failed vice-presidential candidate in 2011, and Brigo Asparouhov, a veteran of Bulgaria’s former security apparatus and a failed Sofia mayoral candidate.

In the years since the Bulgarian Communist Party “dissolved” itself on a day that the Bulgarian Socialist Party was founded (though in annual celebrations the party celebrates its founding from its communist roots more than 100 years ago), it has been led by Alexander Lilov (1990/91), Zhan Videnov (1991/96), Georgi Purvanov (1996/2001) and Stanishev (2001 to 2014).

In a first for the BSP, voting in the leadership election was by secret ballot in one of 41 voting booths in “dark rooms”, to try to prevent pressure or intimidation of those entitled to vote.

A total of 784 delegates were entitled to vote at the July 27 congress. Since its previous congress, earlier in 2014, 18 congress delegates have died and 41 have defected to other parties.

A draft resolution put to the congress called for a change to the relationship with the Movement for Rights and Freedoms, with which the BSP has a track record of coalition governments including the 2013/14 “Oresharski” cabinet, to stop the use of power for economic gain.

After its founding as a party, GERB won the 2009 parliamentary elections and was in power until early 2013, when the Borissov government resigned after an incident of violence in Sofia during protests mobilised around cost-of-living issues. GERB won the most votes in the May 2013 elections, but found itself in a National Assembly where it had no allies with which to continue in government. Borissov’s party thoroughly defeated Stanishev’s BSP in the 2014 European Parliament elections.

After the May European Parliament elections, Stanishev tried and failed to face down calls for him to resign. Reneging on an oft-repeated promise during the European Parliament campaign that he would not take up a seat as an MEP if elected, he quit the National Assembly to become an MEP. Leader of the EU-wide Party of European Socialists (PES), Stanishev argued that he was needed at European level.

Stanishev, in his opening address to the July 27 congress, said that he was determined to stand for a new term as PES leader, and asked for the BSP’s backing, which he secured.

The BSP in Bulgaria’s three European Parliament elections so far: 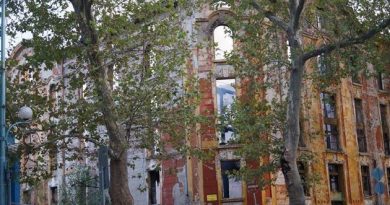 Covid-19 in Bulgaria: Omicron strain found in all 87 samples – NCIPD