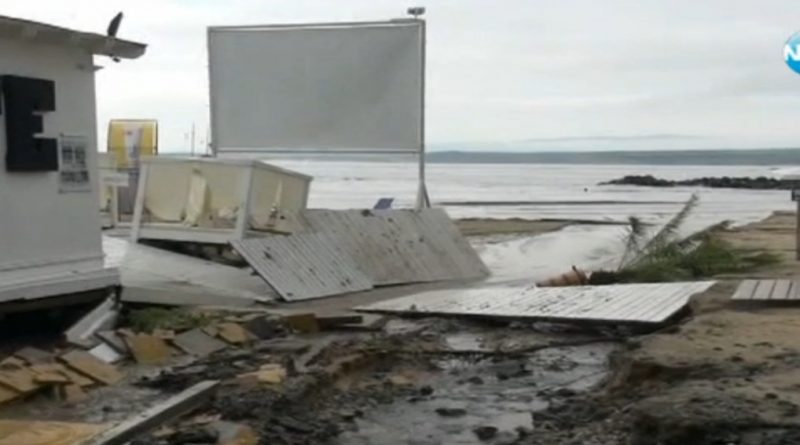 With a number of roads still closed after being inundated in heavy rains that struck parts of Bulgaria’s southern Black Sea coastline, traffic jams built up in places on the afternoon of July 16.

In Primorsko, where a state of emergency was declared several hours earlier, 20 hotels and about 70 houses were reported to have been flooded. Primorsko mayor Dimitar Germanov said, however, that the situation was gradually normalising.

A section of road between Primorsko and Sozopol remained closed because of the high level of the Ropotamo river, which flooded parts of roads earlier in the day.

Beaches, umbrellas and at least one vehicle were reported to have been swept into the sea by the torrential rain that hit the southern coast in the early hours of July 16. A number of small fishing boats were sunk by the rain and other swept into the bay.

Nova Televizia said on July 16 that hundreds of tourists had been stranded in cars, hotels and other buildings because of the floods.

The report said that the Kavatsite and Smokini campsites were inaccessible after secondary roads to them were severely damaged by the heavy rain. The central beach at Smokini was said to be heavily damaged by the rain that swept much of it into the sea.

The report showed two people rescued after spending some hours trapped on the roof of their car, having been unaware of the risk of the Ropotamo rising rapidly and stranding them on the flooded road.

No-shows slow pace of vaccination against Covid-19 in Bulgaria