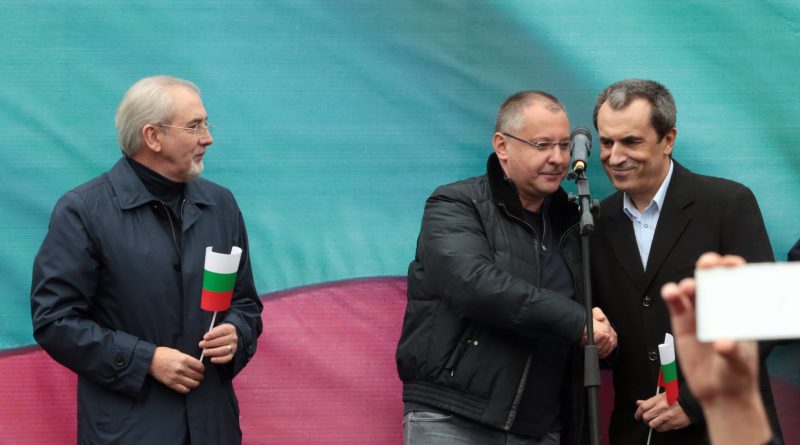 Bulgarian Socialist Party leader Sergei Stanishev said that coming political consultations would determine when the cabinet would resign, adding that there would be “empty days without a government”.

Stanishev was speaking at a news conference some hours after President Rossen Plevneliev said that a Consultative Council on National Security meeting had agreed on a timeframe for early parliamentary elections of between September 28 and October 12.

Given that Bulgaria customarily holds elections on Sundays, this timeframe suggests either September 28, October 5 or October 12.

Stanishev said that it was not good practice for an outgoing cabinet to remain in office long-term.

At the same time, the BSP leader – whose party was thoroughly trounced in Bulgaria’s May 25 2014 European Parliament elections, the latest in a long series of elections in which it has run second – took a sideswipe at Plevneliev, saying that his statement after the meeting exceeded the powers of the presidency.

Stanishev said that Plevneliev had come to the meeting with written draft proposals regarding the work of the National Assembly and the executive that should not be discussed in such formats and over which the Consultative Council on National Security had no authority.

The BSP leader said that many topics would be the subject of political consultations, because in themselves early elections would not solve everything.

He acknowledged that the results of Bulgaria’s European Parliament elections left no chance for the cabinet to move forward confidently, but according to Stanishev these elections also had set a clear alternative.

“We need a smooth transition to political stability,” Stanishev said.

He said that his party had gone to the consultative council meeting “as a courtesy” to conduct political dialogue and consultations among the parties in the National Assembly.

Stanishev said that there was a “fundamental difference” between the June 17 consultative council meeting and the consultations held in 1997 and 2013.

In the two latter cases, the governments had resigned and “tens of thousands of Bulgarian citizens were in the streets to protest”. Stanishev was referring to the 1997 political crisis, when there were mass protests after the then-BSP government led Bulgaria to financial and economic ruin, and the early 2013 series of protests that led Boiko Borissov’s GERB government to resign after there was a night of violence in central Sofia.

(Stanishev did not elaborate much further on the supposed difference, given that he himself is among those who have said that the cabinet will resign, and also he appears to have ignored the protests by many thousands of people since the current BSP cabinet came to power.)

Stanishev saw the June 17 consultative council meeting as a start to political consultations among parties, which will continue next week.

Separate reports indicated that of the leaders of parties represented in the National Assembly, GERB’s Boiko Borissov and Ataka’s Volen Siderov will be in Sofia in the coming days, but Stanishev and Movement for Rights and Freedoms leader Lyutvi Mestan will not be available for talks in the immediate future. This has led to expectations that the earliest date for talks will be June 24.

Meanwhile, Mestan, commenting on the consultative council meeting, said that he was pleased that political sense had prevailed.

“I think that today’s meeting and the stance of the Consultative Council on National Security is a classic example of what we have identified as ‘the need for a smooth transition to political stability’,” Mestan said.

“Now, at the beginning of next week, it remains to determine the exact date – September 28, October 5 or 12. We are open all three options,” Mestan said.

He said that it remained to be decided which would be the important state issues to be addressed by the National Assembly and the current and future caretaker cabinet.

* Separately, the BSP issued a statement condemning the burning of a BSP flag outside the Presidency building during the consultative council meeting on June 17.

Anti-government protesters gathered outside the building during the meeting, repeating demands for the immediate resignation of the cabinet.

Reports said that it was not clear whether the flag-burning was in response to a May 9 incident in Sofia in which an EU flag was burnt at an event celebrating Soviet victory in World War 2. At that event, Stanishev had been present, although he left before the EU flag was burnt.