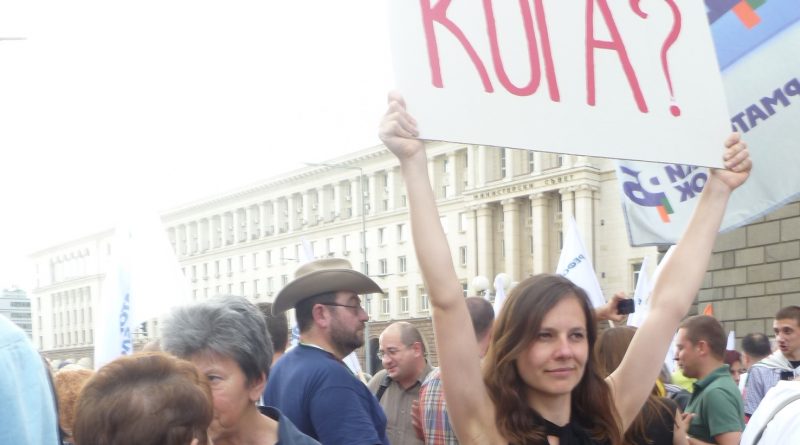 The June 17 meeting of the Consultative Council on National Security left Bulgarians little the wiser on when early parliamentary elections will be, and with the date of the resignation of the cabinet still a matter of speculation.

At the June 14 anti-government protest marking a year to the day since those protests began, people held up posters with the single word, “when?” – meaning, when will the government resign – a question that has been spurred by all the talk recently by political leaders about early elections.

Leaving the Tuesday meeting of the consultative council, Plamen Oresharski, the figure placed in the prime minister’s chair in the Bulgarian Socialist Party cabinet in May 2013, made no comment on when the cabinet would resign. But it has long since been clear that Oresharski has the scantest of says in the matter.

All that became clear was that, according to President Rossen Plevneliev, the leaders of the four parties that have recognised official parliamentary groups had agreed on a timeframe of an election date between September 28 and October 12.

Both of these dates are Sundays, the day of the week on which Bulgaria customarily holds elections.

Some within the BSP have indicated that the current cabinet could hold off announcing its resignation until the very last day allowed in law, 60 days before the election date.

Should the parties remain within the timeframe that Plevneliev says was agreed at the June 17, that would imply a date of the resignation of the Bulgarian cabinet between July 28 and August 12.

But, as noted, this remains speculation, and any number of other dates have been bandied about, including today and tomorrow.

Of the four political party leaders at the consultative council meeting, only one spoke to reporters immediately after the end of the meeting. Ataka leader Volen Siderov said that by the end of this week, there would be consultations on the date of the resignation of the cabinet.

It remains to emerge just how real the consensus about the timeframe for early parliamentary elections is. Siderov indicated that he still preferred for elections to be in July. (An unrealistic ambition given the timeframes set in law.)

Boiko Borissov’s centre-right GERB repeatedly has called for a September 28 date, the Movement for Rights and Freedoms initially called for late November-early December but then officially said it was leaving the issue up to the BSP, while the BSP has been somewhere between equivocal, opaque, contradictory and confused on the issue.

According to Plevneliev, apart from the timeframe that the political leaders agreed on and which now will be a basis for negotiations, they also agreed on working out guarantees for carrying out honest and free elections and on defining clear principles and rules for nominating Bulgaria’s European Commissioner.

The meeting also discussed urgent national reforms, problems in absorbing EU aid and the possibility of conducting a referendum on election rules. This last-mentioned issue was also on the agenda of a special sitting of the National Assembly on June 17.

In the corridors of the National Assembly later on, Borissov said that he was satisfied with the Consultative Council on National Security meeting to the extent that there was a date for elections, which is what society needed and that was called-for after the results of the May 25 European Parliament elections.