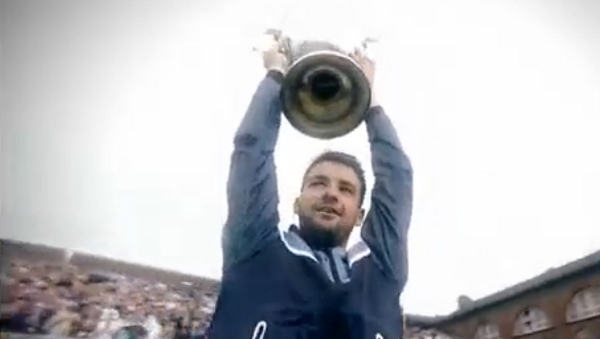 Bulgaria’s Grigor Dimitrov won in dramatic fashion in the final of the Aegon Championships at The Queen’s Club in London for his third title of the year and the first of his career on grass, defeating Feliciano Lopez in three sets 6-7 (8-10), 7-6 (7-1), 7-6 (8-6).

The crowd were treated to an old-school grass-court slugfest of two strong servers, who combined for 40 aces (27 for Dimitrov against 13 for his opponent) and with break opportunities few and far between. Both Dimitrov and Lopez got more than 70 per cent of their first serves in, winning 86 per cent and 79 per cent of points on first service.

In the first set, Dimitrov looked slightly more convincing on his serve and had two opportunities to break his opponent’s serve, but could not convert on either occasion. In the tie-break, Lopez stepped up his game to win a closely-run game in which he led 5-2 at one point.

Neither player had a chance to break the opponent’s serve until the end of the second frame, when Lopez had a championship point on Dimitrov’s serve but a stiff forehand shot on the return ended in the net.

Those closely-contested points in the 12th game of the second set appeared to fire up Dimitrov, who won 14 of 15 points after the error that gave Lopez his sole match point (and the only point he lost was on a double fault in the tie-break).

At 40-0 up in the first game of the third set, however, Dimitrov appeared to relax and the concentration lapse allowed Lopez back into the match – the Spaniard won five consecutive points for the first break of the match.

Dimitrov never really appeared to figure out his opponent’s service in the same way he did with top seed and world number three Stanislas Wawrinka in the semi-final, but he kept going at it – faced with similar circumstances in years past, he would often wilt under the pressure – and got his reward, taking advantage of several Lopez errors to break back and tie the set at 4-4.

Both players won their remaining service games without too much difficulty, setting up a third-set tie-break. Dimitrov took a 6-5 lead, but chose to play it safe instead of going for an ace, but then won the next two points on the back of Lopez errors to become the only player so far this year to win tournaments on three different surfaces, adding to the titles in Acapulco (hard-court) and Bucharest (clay).

A former Wimbledon junior champion, Dimitrov was granted wild-cards to Queen’s early in his career – he has said in the past that Queen’s is one of his favourite tournaments on the ATP Tour. After the match, he thanked former tournament director Chris Kermode for those opportunities early on, as well as Australian coach Roger Rasheed (under whose tutelage Dimitrov has surged in the rankings and won four titles) and girlfriend Maria Sharapova, who watched from the stands.

The Queen’s title is also a quick turnaround after the surprise first-round defeat at the French Open, where Dimitrov lost to another big server, Ivo Karlovic, in straight sets. In the past, winners at The Queen’s Club have done well at Wimbledon – which starts on June 23 – and he is likely to be among the pundits’ dark-horse candidates at The Championships.