The International Monetary Fund continues to project a modest pick-up in economic growth in Bulgarian in 2014 from a subdued rate last year, driven by firming domestic demand and higher absorption of European Union funds, IMF mission chief for Bulgaria Michele Shannon said on June 12 after an IMF mission visited Sofia from June 6 to 11.

The IMF mission visited the Bulgarian capital city to discuss the economic outlook and government policies with the Bulgarian authorities.

Not referred to in the IMF mission statement was the fact that the current Bulgarian government, held in place with the mandate given to the second-ranked Bulgarian Socialist Party in May 2013, faces an uncertain future as popular demands for the discredited administration to resign appear set to be fulfilled in the near future.

While unemployment is projected to remain high, employment has begun to rise, Shannon said.

Consumer prices have been declining due to falling import prices, base effects from reductions in administered prices last year, and remaining slack in the economy. In the second part of the year, prices are expected to increase slightly as imported deflation wanes and growth rises, according to the IMF assessment.

Recent developments in Ukraine and Russia are projected to have modest growth effects through trade and investment channels, while dependence on Russian gas imports represents a potential risk, the IMF said.

“The timing of implementation of the South Stream gas pipeline project remains uncertain, and potential economic and employment effects are excluded from current projections.”

At the same time, expenditure pressures are strong. The 2014 deficit target has been appropriately maintained at 1.8 per cent of GDP, which keeps the deficit within the legal limit and supports policy credibility.

The government is implementing administrative measures to help meet this objective, the IMF said.

“Spending restraint will also be needed, including the use of spending buffers as planned by the government.”

At the same time, budgeted spending financed by EU funds should be fully implemented to allow for absorption of available funds within the required schedule, and work should continue with the European Commission to ensure EU funds that have been frozen are released in a timely manner, the IMF said.

“Likewise, timely passage of legislation to establish an independent fiscal council and an automatic correction mechanism for deviations from fiscal limits would further strengthen the fiscal rules framework,” Shannon said.

The medium-term path of fiscal adjustment as described in the EU Convergence Program is appropriate, according to the IMF.

“In this context, the financial effects on the pension system of the temporary freeze in the retirement age and the changed pension indexation rule last year will need to be addressed in a timely manner.”

Further improvements in the composition and quality of expenditure will be needed, including through increased efficiency in the health care sector.

At the same time, strengthened efforts are needed to mitigate contingent liabilities and inefficiencies arising from state-owned enterprises. In this context, the financial situation in some parts of the energy sector, including the electricity sector, will need to be addressed.

Details on such contingencies should be provided in a fiscal risk statement in the budget.

Regarding the financial sector, the implementation of the new EU regulatory regime is on track, including through the adoption of maximum capital conservation and systemic risk buffers applicable to all banks, the IMF said.

In addition, the elimination of specific provisions resulted in a commensurate increase in regulatory capital.

“While credit growth remains low, the system is stable and liquid, with banks’ non-performing loans buffered by provisions and significant capital, as well as a positive net foreign asset position. Efforts by banks to address the stock of distressed assets and claim associated collateral should continue in order to lower asset price uncertainty and thereby support renewed investment.”

“Key in this regard are efforts to strengthen human capital, address infrastructure gaps, increase the ease of doing business, and reduce corruption and cronyism, including through independent regulation and audit, as well as measures to reinforce the rule of law,” Shannon said. 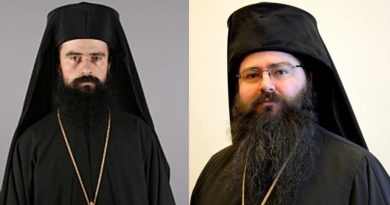