Dozens of arrests have been made in connection with the fire and explosion at the Soma coal mine located in western Turkey. More than 300 people died and some mining company officials have been charged with negligence. Although the government promises an unyielding investigation, but it is also is facing growing pressure over its role in the disaster.

Senior members of the Soma Holding Company, which ran the mine – were among those detained. Turkish Energy Minister Taner Yildiz promised that the investigation would spare no one.

“If they are at fault, no tolerance will be shown regardless of whether they are from the public or private sector,” he said.

Yet the government faces increasing criticism for its close links with mining companies. During its more than decade-long rule, Prime Minister Recep Tayyip Erdogan’s government has aggressively privatized most of Turkey’s mines. Local media reported that senior members of the Soma Company were linked to the ruling AK Party.

Erdogan denounced the accusations as slander, insisting he did not know anyone at the Soma Holding Company. But the deputy leader of the opposition Republican People’s Party, Faruk Logoglu, says the government should of have taken a close look at the mine before the disaster.

“This particular mine has a terrible record, for work place safety, work place accidents, workplace fatalities,” Logoglu noted. “We were only asking the government to look into the matter, but unfortunately the ruling party turned this request down. Perhaps the situation would be different if they hadn’t.”

So far, the government has not explained why it rejected the call for an investigation.

There is also growing international pressure on the government regarding the mine disaster. Emma Sinclair Webb of New York-based Human Rights Watch says even though there is now a major investigation into the disaster, the government needs to look at the wider picture.

“This tragedy should have crystallized a more serious response to address the huge failing in mining systems in Turkey,” Sinclair said. “The government needs to address this poor record of mining accidents and really make sure in future this would not happen again and that proper inspections will be put in place for a huge overhaul of safety investigations.”

The government’s mining safety record has come under greater scrutiny in light of the Soma disaster. Turkey’s government — like its predecessors but unlike the governments of Iran, China and India — has refused to sign the 1995 International Labor Organization’s Convention on Mine Safety. An online petition in Turkey calling on the government to sign up has already collected over 200,000 signatures since its launch after the accident.

Kemal Ozkan, assistant general secretary of the IndustriALL Global Union, says Turkish mines are now among the most dangerous in the world.

“We have been hotly criticizing the government to take the necessary actions to improve the situation,” Ozkan explained. “When we look at the international figures, Turkey is at the top in coal mine accidents. For example, in China the number of killed miners is 1.27 per million tons; the same figure [in Turkey] was five times bigger.”

But Ankara is facing some hard economic realities. Turkey’s energy-hungry economy has few oil and gas resources, but it does have an abundance of coal. Developing coal to reduce the country’s dependence on expensive imported energy is a key government priority. Ankara is courting Qatar for a nearly $12-billion project to develop Turkey’s southern coalfields.

Energy Minister Yildiz has promised that Turkey, along with the rest of the world, will learn lessons from Soma disaster. Last year, however, Yildiz praised the Soma mine for its safety and productivity. The mine’s owners claim to have reduced costs by 75 percent since it was privatized.

In the aftermath of the Soma mining disaster, the government is likely to face growing calls to examine its priorities when it comes to mining productivity and safety. 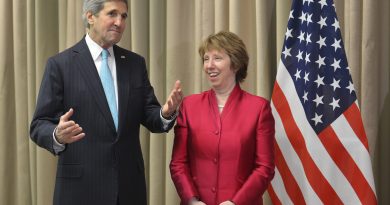 Kerry: More US sanctions would take a ‘bigger bite’ from Russian economy 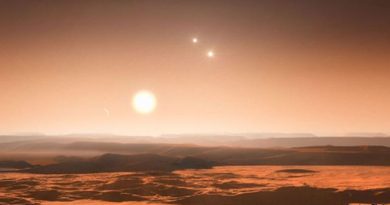