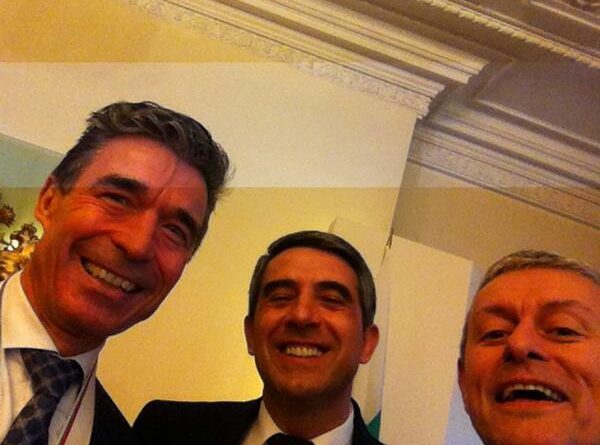 Nato Secretary General Anders Fogh Rasmussen said in a tweet from Sofia during an April 11 visit that the current crisis – a reference to Ukraine – shows the need to reinvest in defence and strengthen regional co-operation to acquire modern capabilities.

He made the note while meeting Defence Minister Angel Naidenov.

The visit by Nato’s Secretary General was billed as in connection with the 10th anniversary of Bulgaria’s membership of Nato and preparations for the alliance’s Wales Summit in September, but was widely expected to be dominated by discussions on Ukraine and Russia.

In a tweet after meeting Plamen Oresharski, occupant of the prime minister’s chair in the Bulgarian Socialist Party cabinet, Rasmussen described the meeting as “excellent” and said that they had discussed the significance of the 10th anniversary of Bulgaria’s Nato membership and investment in modern defence.

Naidenov conferred on the Nato Secretary General, whose term ends in September, the military’s St George order and Rasmussen said that he was very honoured to receive it: “Stands for courage of the Bulgarian forces, demonstrated in Nato operations”.

Rasmussen also received Bulgaria’s highest honour, the Stara Planina first class, from head of state President Rossen Plevneliev, after the two met for talks at the Presidency on the morning of April 11.

Pending somewhat more official photographs of the medal ceremony being released by the Presidency’s press office, Bulgaria’s former foreign minister Solomon Passi sent out on Twitter a selfie of himself with Rasmussen and Plevneliev.

Outside the Presidency, a little group from far-right ultra-nationalist parliamentary party Ataka protested against the visit by Rasmussen, calling him a terrorist who wanted to drag Bulgaria into war with Russia. The previous evening, a group of no more than 20 Russophiles also protested against the Nato chief’s visit, holding Bulgarian, Russian and the Soviet hammer and sickle flags.