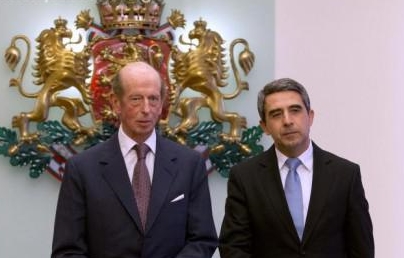 The military conflicts in Europe in the 20th century proved that there is no alternative to peace, Bulgarian President Rossen Plevneliev said in talks on April 7 with Prince Edward, Duke of Kent.

The two held talks at the Presidency in Sofia after a wreath-laying ceremony at the Monument to the Unknown Soldier in the Bulgarian capital city.

Prince Edward is visiting Bulgaria at the invitation of the President on the occasion of the 100th anniversary of the start of World War 1.

“From the regions of the conflict, the Balkans today are united in their desire to be part of the European Union, and Bulgaria will continue to support the efforts of the countries of the Western Balkans in this regard,” Plevneliev told Prince Edward, according to a media statement by the Presidency.

At the meeting, Plevneliev renewed his invitation to Queen Elizabeth II to visit Bulgaria. Bulgaria’s President was received by the Queen during a recent visit to London.

During his visit, Prince Edward will host a reception for a British business delegation and their Bulgarian partners, at which projects of mutual interest will be discussed.

The UK is the fourth largest investor in Bulgaria. In 2012, the volume of bilateral trade exceeded 760 million euro.

Plevneliev said that high technology, construction and outsourcing of business services are areas where there is high potential for new British investments in the country.

On April 8, Plevneliev and Prince Edward are scheduled to attend a ceremony at Sofia Central Cemetery to honour the memory of those who died in World War 1. 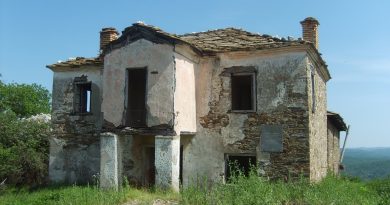