Nine military officers will face punishment ranging from reprimands to dismissal over the controversial project to build a fence on the Bulgarian-Turkish border, a project that has run over deadline and hugely over budget.

The fence project was approved towards the end of 2013 by the Bulgarian Socialist Party government as a response to a significant increase of illegal crossings into Bulgaria from Turkey as a result of instability in the Middle East and North Africa, with many refugees fleeing the crisis in Syria.

Spending was initially set at 5.1 million leva but it later emerged that the project would cost 7.5 million leva.

This caused an uproar, with the opposition in Parliament calling for a formal investigation.

On March 21 2014, Angel Naidenov, defence minister in the BSP cabinet, said that four generals, three colonels, a lieutenant-colonel and a civilian officer would face disciplinary steps over the fence procurement deal.

There would be dismissals, reductions in ranks, warnings and reprimands for those believed to be responsible for the selection of suppliers. Reports said that the firms chosen were close to the BSP.

Naidenov said that the price of the project had been decreased by 134 000 leva.

His statement followed an internal review by the cabinet inspectorate.

Earlier, the fence project and its huge price tag, along with the delays in the project were a sourceof tension between the defence and interior ministries, with the latter keen to distance itself from the implementation of the project and to avoid blame. 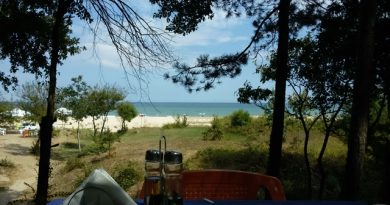