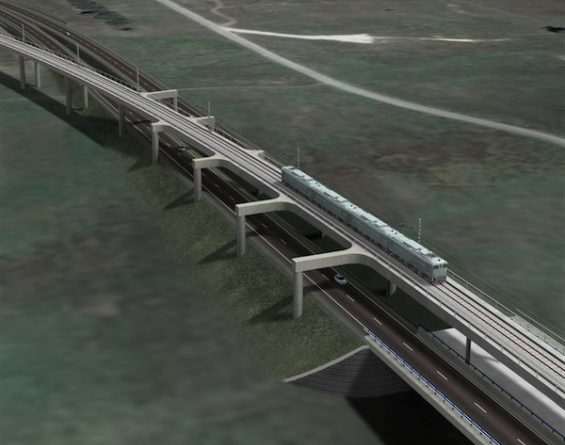 Bulgaria and Romania have agreed that railway traffic across Danube Bridge 2 should go ahead in the “shortest possible time”, Bulgaria’s transport ministry said on March 20 2014 – just less than three months after the head of state railways BDZ said that rail traffic over the bridge would begin in February.

Danube Bridge 2, officially the New Europe Bridge, was officially opened on June 14 2013 but the rail tracks that cross it in parallel with the road passageway have lain unused since then.

The bridge has had a significant impact, drawing lorry traffic away from the first Danube Bridge at Romania and putting pressure on the roads to the Bugarian city of Vidin which are in generally poor condition.

The opening of the bridge also brought a massive downturn in trade for Danube river ferry services.

But in all this time, the train lines and related infrastructure have yet to have steel wheels run along them.