U.S. President Barack Obama announced on Thursday morning a series of increased sanctions against Russia over its annexation of the Crimean peninsula.

Speaking on the South Lawn of the White House before a trip to Florida, President Obama said the U.S. will impose more sanctions on the Russian government and individuals..

“We’ve continued to be deeply concerned about the events of Ukraine,” he said.

His comments came as the European Union is too readying further sanctions against Russia.

German Chancellor Angela Merkel told her nation’s parliament Thursday the EU is prepared to move to “Level 3” measures, which would include economic sanctions, if the situation worsens.

The EU has already imposed travel bans and asset freezes on Russian officials deemed responsible for the incursion into Crimea.

Merkel said the Group of Eight forum of leading economies is effectively suspended as long as the diplomatic standoff with Russia continues. Russia has been part of the G-8, along with Britain, Canada, France, Germany, Italy, Japan and the United States.

Meanwhile, U.N. Secretary-General Ban Ki-moon said at a meeting with Russian President Vladimir Putin that he was “deeply concerned” by the situation involving Ukraine and Russia.

Ban is Moscow discussing with Russian officials the crisis over Crimea which Western nations say Russia has illegally annexed. On Friday, he is expected to meet with Ukrainian leaders in Kyiv.

Russia’s lower house of parliament, the State Duma, on Thursday overwhelmingly approved a treaty to annex Crimea from Ukraine, taking the Black Sea peninsula a step closer to joining the Russian Federation.

The Federation Council, the upper house of Russia’s legislature, is expected to hold a similar vote on Friday, completing ratification of a treaty that President Vladimir Putin signed with Moscow-backed Crimean leaders Tuesday.

“I am certain the passage of these documents will be a turning point in the fate of the multi-ethnic peoples of Crimea and Russia, who are linked by the close ties of historical solidarity,” Foreign Minister Sergei Lavrov told the Duma after presenting the treaty to the chamber.

“The unification of these peoples in one state will promote the well-being and prosperity and serve the interests of Russia,” Lavrov added.

Earlier Thursday, Lavrov blamed the crisis on the West, without specifically mentioning the United States.

He said Western nations were trying to “preserve their global leadership and display their exceptionalism rather than striving to be guided by international law.”

Crimea, with an ethnic Russian majority, voted to break away from Ukraine and join Russia in a controversial referendum Sunday that the U.S. and European Union have declared illegal. 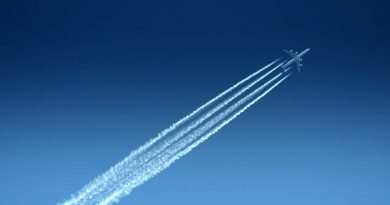 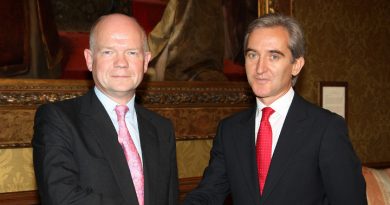