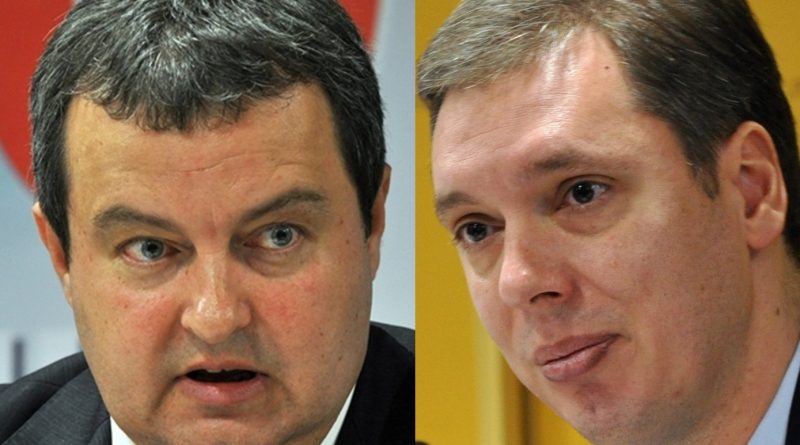 Since the official start of campaigning in the runup to Serbia’s ahead-of-schedule national parliamentary elections on March 16 2014, opinion polls have been unequivocal about which political force will get the most votes – but that does not mean any assumptions should be made about which parties will be in government.

The ruling Serb Progressive Party (SNS), headed by Aleksandar Vučić, is set for about 44 per cent of the vote, according to a March 3 poll by the Centre for Free Elections and Democracy.

The SNS is insisting that the elections are really about speeding economic reforms and creating an improved investment environment and have nothing to do with any domestic dramas. It also set on March 16 because local elections in Belgrade and two other municipalities were scheduled for that day, and argued that holding general elections at the same time would save money.

Other parties would have little trouble agreeing that economic reforms are a key issue, given the troubles facing Serbia’s economy.

The Democratic Party (DS), for instance – slated by the same poll for about seven per cent – has in the form of its leader Dragan Đilas accused the current government of failing to deal with high unemployment, recently recorded as close to 29 per cent. Not only that, Đilas has accused the rulers of being unforthcoming, more than once, about the true picture of unemployment in Serbia, and has described the government’s previous initiatives on reforms as nothing more than a series of false promises.

The coalition around the Serbian Socialist Party, led by outgoing prime minister Ivica Dačić, will get about 13 per cent of the vote, according to the poll.

On the campaign trail, Dačić has emphasised the need for job creation while protecting the rights of employees and pensioners, but also has underlined that reforms must not be of the kind that “eat people”.

Dačić, in office for 18 months at the head of government, can and does point to the achievement that he describes as the country’s most important in its recent history – Belgrade obtaining from Brussels a date for European Union membership talks. The early parliamentary elections were called about a week after the formal start of Serbia’s EU accession negotiations.

Among the range of other parties, the DS has had obvious problems of its own.

Serbia’s former president, Boris Tadic, quit the DS in late January to form his own New Democratic Party. The poll published on March 3 gave Tadic’s NDS eight per cent and the DS seven per cent.

Issues related to ultimate EU accession are, of course, not a simple winning factor in the complexities of Serbian politics.

While politicians in Belgrade are consistent in insisting that they will never recognise Kosovo as independent, an EU-brokered modus vivendi has been got on track, more or less, between Belgrade and Priština.

However, the course of the campaign also has seen an obvious line of attack – for example by the Liberal Democratic Party (LDP), which has accused Dačić of offering too much in compromises in talks with Kosovo prime minister Hashim Thaçi.

The LDP, meanwhile, is among the parties seen in the poll as having a chance of making it into the next Serbian parliament, with six per cent. Others are the Democratic Party of Serbia (DSS, five per cent). The United Regions of Serbia (URS) and Dveri had four per cent each, according to the poll, below the five per cent threshold for entry into parliament.

As with the previous six parliamentary elections and several presidential elections, an Organisation for Security and Cooperation in Europe (OSCE) team, of 40 members of parliaments from 15 OSCE countries, will be in Serbia to monitor the elections.

Voting will produce a new 250-member legislature, with a term of office scheduled to last until 2018.

But as to the coalition question, the SNS has adopted a firm policy of refusing to speculate about future election partners.

In turn, Dačić has declined to comment on whether his SPS would be part of a future ruling coalition, or to comment on what role he might have in that coalition – or even to speculate on which parties would make up this coalition.

“No one can say for sure how a new government would be formed. It would reflect the election results. I am convinced only that the SPS will achieve its best result since 2000, even better than in previous elections,” Dačić told local media.

(Photo montage of Dačić and Vučić based on photos from mc.rs)