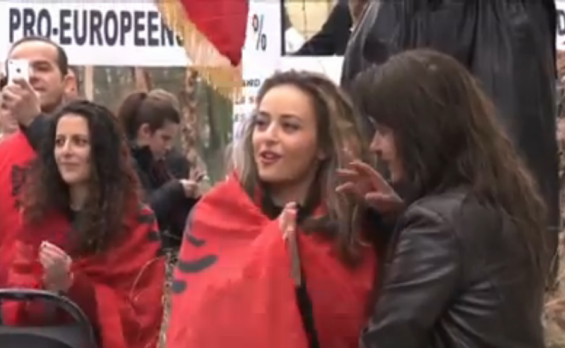 In Brussels, hundreds of Albanians from Albania and Kosovo gathered at a rally against the opening of negotiations between Serbia and the European Union.

Albanian associations, representatives of the Albanian political class and Albanian citizens protested in Brussels against the unconditional accession of Serbia to the European family.

Belgian police had issued permission for the protest, which was held a little before the start of the meeting between Serbia and EU. The meeting officially marked the opening of negotiations on the accession of Serbia to the European Union.

Protesters held Serbia accountable for the wars in the Balkan, including the one in Kosovo.

IOM: 2016 will be another critical year for migration into Europe