On the first working day of 2014, Bulgaria’s National Revenue Agency (NRA) is already accepting income tax filings for the previous year. The reward for getting one’s tax return in early is getting a five per cent discount on the amount owed (if filed by February 10).

A separate five per cent discount is offered for filing one’s tax returns online, using an e-signature, but that is not cumulative with the early filing discount

Going by the experience of previous years, however, when the tax deadline day arrives on April 30, NRA and post offices will once again be swamped by last-minute filings. Reports in Bulgarian media said that the NRA recorded about 60 people filing their returns in the first working hours of 2014.

This year’s major addition to the tax code is that employees on a civil contract (as opposed to a labour contract) did not have their taxes automatically withheld by employers during the last quarter of 2013 and will have to pay the tax themselves.

As a result of this change, civil contract employees will no longer face situations where they have to pay the filing fee just to clear several stotinki worth of overdue tax. 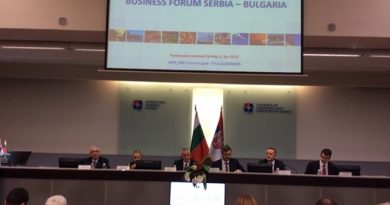