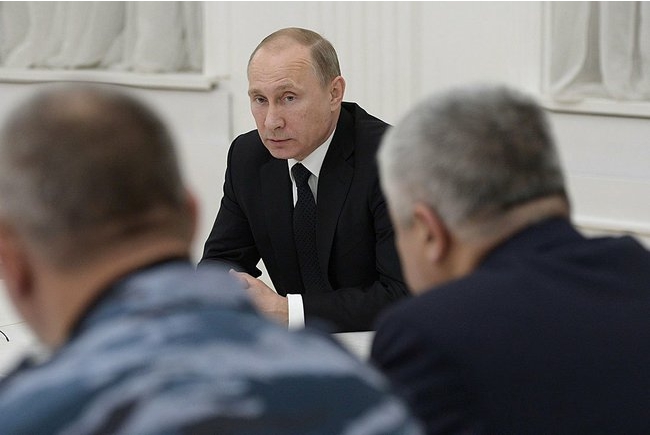 Russia’s President Vladimir Putin visited Volgograd on Wednesday after the city was the struck by two suicide bombings Sunday and Monday that killed 34 people.

In televised remarks, Putin said there is “no justification for crimes committed against civilians, especially against women and children.”

On Tuesday, in his annual New Year’s address, Putin vowed to fight terrorists until their “total destruction.” He also said that at the country’s most trying times, Russia has always stood united.

In the wake of the bombings, Russian authorities have deployed more than 5,000 members of the internal security forces in and around Volgograd.

In Monday’s attack, a bomb blast ripped apart a trolleybus, killing 16 people and injuring 30 others. A day earlier, a suicide bomber detonated explosives at the security entrance of the city’s main train station in an attack that left 18 dead.

A spokesman for Russia’s main investigative agency said the bomb in Monday’s explosion was similar to the one used in Sunday’s attack, confirming suspicions that they may be linked.

Russia’s foreign ministry compared the attacks to similar acts of terrorism in the United States, Iraq and Nigeria. It called for international solidarity in countering terrorism.

The attacks come just weeks before the Winter Olympics open in Sochi, about 650 kilometers southwest of Volgograd. Islamist militants have threatened to attack civilians and disrupt the Winter Games.

The International Olympic Committee expressed its condolences over the bombings, but said it is confident in Russia’s ability to provide security. 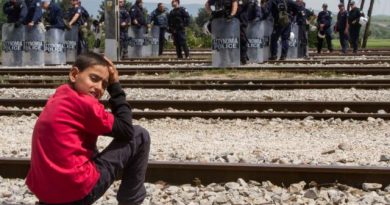 Frustration builds as hopes dim among refugees at Macedonian border