Plamen Oresharski has gone into full reverse on his controversial statement on November 15 that people on the public payroll who take part in anti-government protests would be dismissed.

The statement by Oresharski, occupant of the prime minister’s chair in the Bulgarian Socialist Party government, led to an outcry because such a move would be unlawful and unconstitutional, and in turn led to a damage-control exercise by ruling axis figures who sought to reinterpret his remarks for him.

Opposition parties filed complaints to the Prosecutor’s Office and to the European Commission about Oresharski’s reported threat.

He began his backtrack process on November 19, when he told reporters that people on the public payroll could protest, but not during their working hours.

During Question Time in Parliament on December 4, Oresharski said that there would be no political purge of officials who took part in the protests.

He said that there was evidence of employees sabotaging the work of the administration, adding that whether this was deliberate or not, the effect on taxpayers was the same.

Oresharski said that every day, his office was deluged by “slanders” by employees of his colleagues.

He denied that he had made any reference to political affiliation, only that he required the work of the administration not to be “sabotaged”.

Oresharski said that no employee had complained to him about being pressured to resign. “I am not saying that there are no such cases, just that no one has complained and I have not been informed”.

“I think that at the moment there is no political purge, especially when compared to 2009,” Oresharski said, referring to the point that former ruling centre-right party GERB came to power. 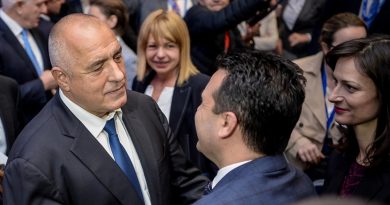 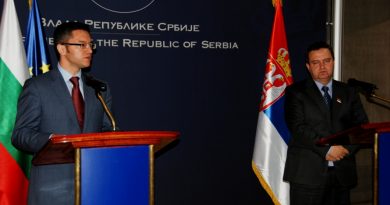