The first snowfall of the winter in Bulgaria resulted in a familiar picture – traffic disruptions and reports of rural areas losing power.

On the morning of November 27, Sofia Airport suspended incoming and outgoing flights for three hours to clear the runway, resuming operations at 9am.

The city saw large traffic jams and public transportation was running with delays during the morning hours. Mayor Yordanka Fandukova said that snowploughs were working, but could not be expected to keep the streets clean while snow was still falling. By the afternoon, most of the major thoroughfares in the city had been cleaned.

Traffic disruptions appeared to have an impact on Parliament as well, with some MPs late for the 9am start of the sitting, which briefly left Parliament unable to meet the required quorum to start the sitting.

Outside Sofia, the worst disruptions were in northern Bulgaria, affecting mountain passes and traffic on Hemus motorway between Sofia and Varna.

About 40 villages in Rousse, Gabrovo, Veliko Turnovo and Razgrad districts were left without electricity as a result of the snowfall. In total, about 12 000 people were affected by blackouts.

The weather forecast for November 28, however, said that the skies over Bulgaria will clear, with temperature highs above 0C throughout the country. 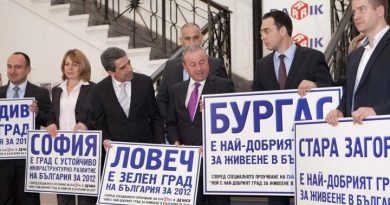 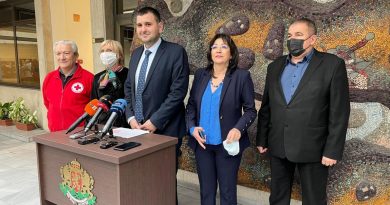