In recent days, Bulgaria’s ruling majority has announced plans to drastically alter the flat income tax, coming into force in 2014. The proposal envisions a sort of tax-free threshold equal to the minimum salary. A “sort of” threshold because if it were the traditional use of the concept – as it was applied in Bulgaria up until a few years ago – then it would have applied to all taxpayers.

Instead, the proposal is that everybody continues to pay the 10 per cent income tax, which would be rebated only to people with low incomes. The goal is for everyone paid the minimum salary, which is set at 340 leva in 2014, to get their taxes back at the start of 2015. According to our calculations, recipients of such rebates will get 355.37 leva a year.

This also means that everyone that wants to get such a rebate will have to submit an income tax declaration. So what is this a bad idea?

The proposal is not a taxation measure, in fact, but a hidden spending measure – under the guise of a tax incentive, the state will be actually subsidising people receiving the minimum salary. The best litmus test whether this is a taxation or spending measure is to look at how it affects the Budget: the government will collect the same amount of taxes, meaning no impact on the revenue side, and then will transfer the money to certain taxpayers, meaning more spending – to the tune of about 140 million leva, if it affects 400 000 people as the Cabinet thinks it does (based on static calculations that take into account only the current number of people with salaries of up to 340 leva). If certain social groups are subsidies, it is more rational to do so not via the taxation system, but directly and honestly through the Budget, using targeted social benefits.

This proposal creates an extremely strong incentive to declare lower incomes – this is not a tax-free threshold that applies to everyone, but a specific privilege for those receiving only the minimum salary. The government is de facto announcing a stimulus (a prize, even) of 355 leva a year to those receiving only the minimum salary. The practice to pay only the minimum salary – and the remainder of one’s salary in cash, undeclared – is already wide-spread in Bulgaria, but this proposal will give many people who receive more than the minimum salary to fudge the figures. Fraud is guaranteed in this scenario because it will also benefit employers if they enter such agreements with their employees – something that we have seen in the past when laws had such glaring loopholes.

The proposal creates enormous inequality and social tension between those who qualify for the privilege and all other taxpayers – whatever threshold one sets in place, there will always be two such groups. For just one extra lev in their monthly salary, everyone in the second group will pay 355 leva or more in tax every year, versus zero tax for everyone in the first group. This means that anyone in the second group that has a monthly salary of between 340 leva and 377 leva will de facto be poorer than the privileged ones receiving the minimum salary – their net income after tax and mandatory contributions will be lower than the income of people receiving the minimum salary. In raw numbers, the net salary of someone on a minimum salary (after paying mandatory contributions but with zero tax) will be 296.14 leva, while someone with a gross salary of 377 leva will have a net income of 295.53 leva.

Once this privilege is given, it will only be expanded – experience shows that such privileges are very difficult to abolish – while the constant pressure to increase the minimum salary will only create additional burdens to the spending side of the Budget in future years.

This proposal will result in new administrative fees and vexations for the privileged – the new practice will require several hundred thousand Bulgarians to submit tax income forms (people receiving minimum salary have not done so before because they usually have only a labour contract, under which all taxes are deducted automatically, and rarely have additional income under a civil contract). This will increase the administrative burden on the tax authorities, which will further increase inefficiencies in the system.

The disruption of the flat taxation is without doubt the first step towards getting rid of the flat tax rate. Prior to 2008, Bulgaria had progressive tax rates and numerous loopholes in the taxation laws, with predictably poor results. This system was replaced by the simplest one possible – divide your salary by 10 and pay that amount as tax. The new system clearly works, considering that a larger section of the labour force is now paying tax and the Budget revenues have increased. Let us emphasise this point – with a flat tax rate that is half the lowest progressive rate previously employed, the amount of Budget revenue collected is higher, despite the economic crisis. Income taxation proved itself to be the most stable and efficient revenue-generator during the recent crisis years. The new proposal complicates income taxation and gives the wrong incentives, meaning that in the long run it creates the basis for a return of the progressive rate taxation.

In conclusion, the government’s proposal is not so much a socially-responsible one as it is a corruption of the flat income tax rate concept and a step towards its rejection. It will not only bloat the spending side of the Budget through subsidies to a certain group of taxpayers, but will also create a very strong incentive for people to hide their real income and declare only the minimum amount. Getting a raise above the minimum salary becomes a de facto punishment for the employee. This will increase the inefficiencies in the taxation system and is a precondition for disrupting a functional system of flat-rate taxation.

IME is the first and oldest independent economic policy think-tank in Bulgaria, which focuses on providing independent assessment and analysis of the government's economic policies, as well as advocacy of market-based solutions to economic challenges. 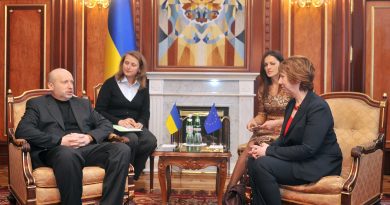 Opinion: The EU must not give in to temptation 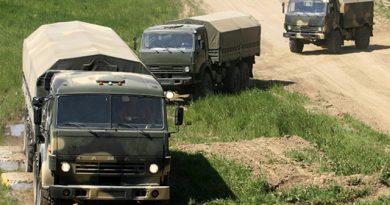