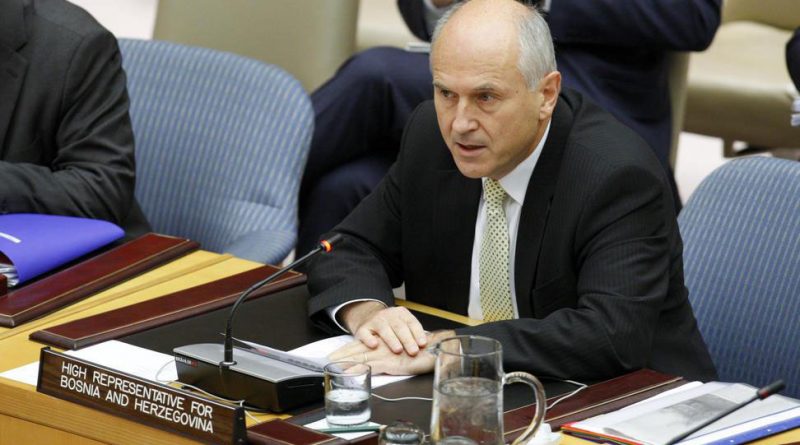 The sustained attention of the international community is vital to helping Bosnia and Herzegovina on the path to prosperity and political stability, the United Nations Security Council was told on November 12 2013.

The Security Council extended the mandate of the European peacekeepers tasked with ensuring the continued compliance by all sides with the 1995 peace agreement that ended fighting in the country, the UN News Centre said.

In May, Inzko had described to the UN Security Council how the political situation had reverted to the negative trends of the last seven years and how the country’s elected leadership had failed to make a serious effort towards progress on Euro-Atlantic integration.

“I regret to say that six months later, and with less than a year left until the next general elections, this is still the case, and in many ways the situation has continued to worsen,” he said.

Over the past six months, the political leaders have again missed a chance to take a decisive step forward by agreeing to correct discriminatory provisions in the electoral system, he said, adding that, not only are such changes a condition for the country to move forward towards European Union candidacy, they are a test of its ability to apply basic human rights standards in the conduct of elections and to live up to its international obligations.

“The failure of the ruling parties and the relevant institutions in Bosnia and Herzegovina to agree on these limited reforms has been symptomatic of an overall lack of urgency in carrying out basic political and economic reforms to move the country forward,” Inzko said.

“The fact that until last week the state-level Parliamentary Assembly had not fully adopted a single new law in 2013 speaks volumes.”

While the other countries in the region move forward, Bosnia and Herzegovina’s leaders seem “less interested in delivering long-term change in the interests of the people, and more interested in the zero-sum politics they believe will ensure them personal political and financial advantage,” he said.

Despite the lack of progress, Inzko said he believed that Bosnia and Herzegovina’s leaders can do better. “There is still time for the coalition of parties in power at the state-level to turn things around before the next elections in October 2014, but that time is running out.”

The country did manage last month to conduct its first population census since 1991, he said.

“This is a significant development and vitally important for providing statistical information on social and economic issues. It will be important that the results of the census not be used to promote divisions or exacerbate ethnic tensions.”

The European Union assumed peacekeeping responsibilities in 2004 when it took over from a stabilization force led by the North Atlantic Treaty Organization (NATO), which continues to have a presence in Bosnia and Herzegovina.

In a unanimously adopted resolution, the Security Council authorised the force – known as EUFOR ALTHEA – to continue its “peace stabilisation role” for another 12 months, beginning November 12.