Bulgaria’s Government approved on October 30 the Budget bill drafted by the Finance Ministry, the final step before it is sent to Parliament.

The bill, published by the Finance Ministry last week, envisions a consolidated fiscal programme – which includes the state Budget, local administration budgets, healthcare and pension funds – with total revenues of 30.89 billion leva, an increase of 501 million leva compared to this year. Total spending will increase by 380 million leva, to 32.36 billion leva.

Economic growth is forecast at 1.8 per cent, banking on favourable developments in the European Union, which is Bulgaria’s main trading partner, and an increase in household demand domestically.

The Budget deficit is set at 1.8 per cent of gross domestic product. Most ministries are will have their funding reduced and are asked to cut costs. On the spending side, the government will spend more on pensions, which are set to increase by three per cent starting July 1 2014, while the retirement age will remain unchanged as the current socialist-backed government has abandoned the plans of its predecessors in office to slowly raise the retirement age.

The bill raises the minimum salary from 310 leva to 340 leva, with certain other state-paid benefits rising as well.

Additionally, the Government will allocate 500 million leva to a new regional development programme, which will finance “public investment projects on a competitive basis” – although it remains unclear how exactly this new funding mechanism would work.

The draft budget raises the debt ceiling to 18 billion leva, or 3.4 billion leva higher than in 2013. At the same time, the government is allowed to issue up to 4.4 billion leva in new debt. A big part of the new debt will be taken on to pay back 1.7 billion leva worth of dollar-denominated bonds issued in 2002, which are due at the start of 2015. 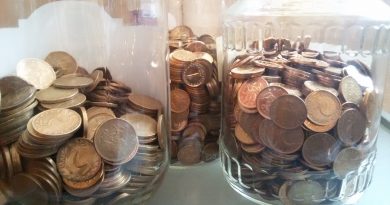